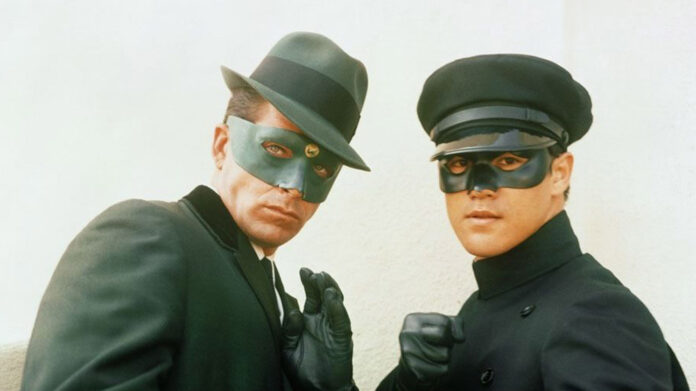 Many have tried and failed to bring one of the oldest superheroes back to prominence: the Green Hornet. The masked crime-fighter was created in the 1930s and crossed over into radio, comic books, movies, and the 1960s TV series made popular by Bruce Lee as Kato. Seth Rogen and Michel Gondry teamed up for an ill-fated reboot in 2011, but now it’s Universal who will attempt to help us forget all about that one.

Variety reports Universal has teamed up with rights-holders Amasia for The Green Hornet and Kato. The new film will center on Britt Reid, a wealthy newspaper publisher who uses his millions to become a masked vigilante, joined by his kung-fu partner Kato and driving a badass technologically-advanced car the “Black Beauty”.  Green Hornet is the grand-nephew of Dan Reid, aka Western hero The Lone Ranger.

Paramount attempted a reboot in 2016 with Gavin O’Connor (The Accountant) at the helm, but nothing ever came of it. Like The Lone Ranger, it’s tough getting The Green Hornet just right, but as proven by the failed movies both characters have had recently, comedy isn’t the way to go. A no-nonsense action flick with top notch fight choreography might be the way. Curious to see how this develops.