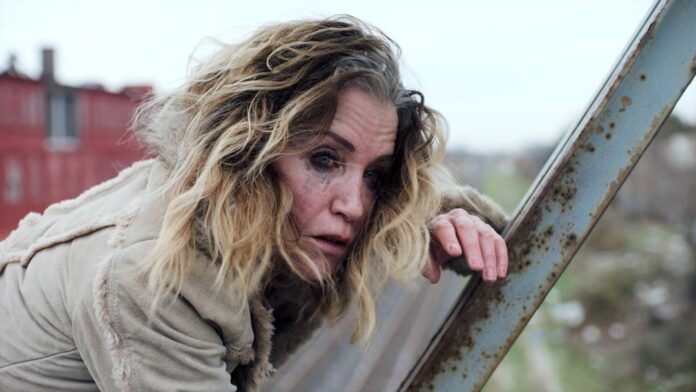 The upcoming illness drama Tammy’s Always Dying has a director who will be very familiar to some, not so much to others: Amy Jo Johnson. Yeah, if you know that name then you know she was the Pink Ranger on the Power Rangers TV series. She made her directorial debut in 2017 with drama The Space Between, so if you were hoping she’d stick to Mighty Morphin stuff, you’re out of luck.

Tammy’s Always Dying stars Felicity Huffman, Anastasia Phillips, Clark Johnson, Aaron Ashmore, Kristian Bruun, and Lauren Holly. It centers on the complicated relationship between a mother and daughter, which only gets more complex when the parent gets a terminal diagnosis.

Unlike her previous film, Johnson didn’t write the script or take an acting role. The screenplay is instead by Joanne Sarazen.

SYNOPSIS: Every month, when the welfare money runs out, 35 year-old Catherine has to talk her self-destructive mother off the same bridge..literally. This routine has gone on for so long that it’s the only thing Cathy feels she is good at. And it’s Tammy’s selfish way of keeping hold of her daughter. When Tammy is diagnosed with terminal cancer and the possibility of life without her becomes very real, so does Cathy’s repressed desire to leave her small town. Does she stay and trust the woman who has always let her down or does she find the courage to live her own life?