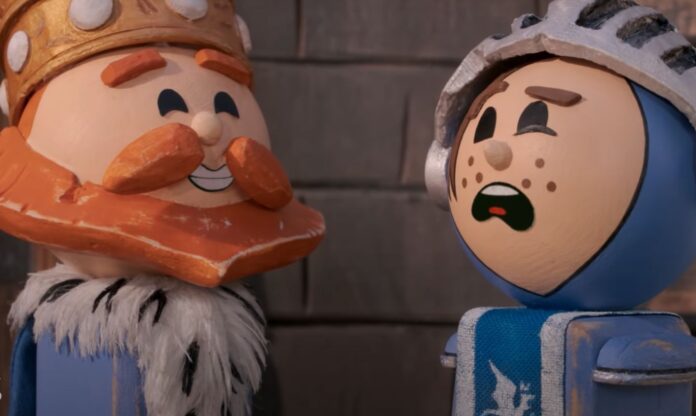 They had me for a bit on this one, after hitting play I thought “Ok, cool….LEGO movie worked so why not Weebles (they wobble but they don’t fall down, ya know)” It didn’t take long for me to realize this is not going to be a kids show. A stop motion medieval tale made using…I’m gonna say weebles again because I don’t know what they are, in any event it’s not a series I would have guessed would be getting made. This isn’t really a plot line I’d be dying to follow either, until that glorious title card that announced “From the producers of Robot Chicken“, I’m honestly surprised their genius hasn’t been tapped for a movie yet but a wide-release series will do for now. One thing that did pop out at me was the sparingly used profanity, these shows/movies can really work if they use the rating effectively and not as a marquee plot device. While it does seem to be plenty dirty it also seems like it will be used to increase the humor, not take its place.