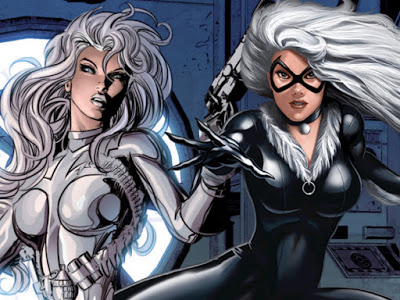 Sony’s hopes of creating an expansive Spider-Man cinematic universe stretch much further back than the success of Venom. Even before then, when Andrew Garfield was still wearing the webbing, they had a huge number of films in the works. One of those was a female-led spinoff movie, which was later revealed to be Silver & Black, following antiheroes Silver Sable and Black Cat. Gina Prince-Bythewood was attached to direct, but the film stalled, was split into two solo movies, then shelved altogether.

Prince-Bythewood doesn’t seem convinced any version of Silver & Black will happen, but she does tell THR that Sony is exploring a different option: streaming.

“Things are the status quo on my side,” said Prince-Bythwood. “I really love that project, and I do hope it can still happen in some way. It keeps going through different thoughts. First, it was going to be the two of them, and then the decision was made to separate the two. Now, there’s a thought of ‘Hey, maybe we put it on Disney+ as a limited series,’ but I loved it more as a film with the two of them. So, my hope is that one day it can still happen.”

So this is interesting because it’s going to have a lot of people assuming Sony and Marvel have struck a deal to bring a Spider-Man spinoff to Disney+. While Sony and Marvel have made their peace when it comes to Tom Holland’s version of Spidey, there’s no such deal that would bring other Sony projects to the house of Disney. This would be like if Venom suddenly showed up on Disney+ right next to Avengers: Endgame. Not likely, or at least it isn’t likely yet.

Perhaps, and this is a big “if”, Sony could and Disney could work something out for it to be on Hulu? To the best of my knowledge there is nothing that stops Sony from shopping this wherever they want, be it Apple TV+, Amazon Prime, or even Quibi?