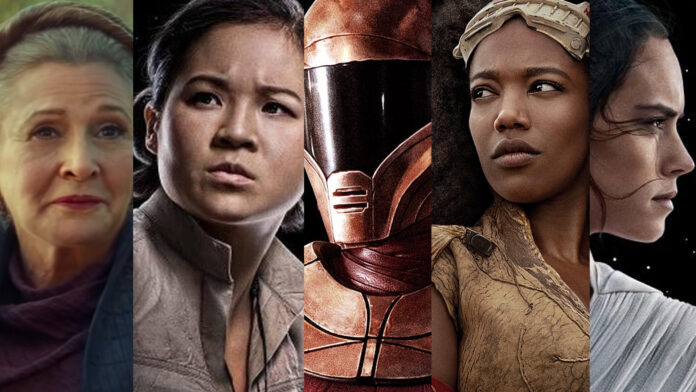 With Star Wars feature films dividing audiences more than ever, the future of the franchise is definitely in streaming. A third season of The Mandalorian is already on the way, plus shows featuring Obi-Wan Kenobi and Cassian Andor. And now you can add a brand new one that’ll have a definite female spin.

Variety reports Leslye Headland has been hired to write and act as showrunner for a live-action Star Wars series for Disney+, and it will be female-centric in a different part of the timeline than we’ve previously seen. Headland is the creator of the hit Netflix series Russian Doll. Before that she directed a pair of big screen comedies, Bachelorette and Sleeping with Other People.

The question is if this is possible Ahsoka Tano series, with so much emphasis being placed on the popular former Jedi lately?  Rosario Dawson is in talks to play her in The Mandalorian‘s upcoming season, and she was featured in the recent revival of The Clone Wars. She was even heard, briefly, at the end of The Rise of Skywalker. Then again, we’ve seen Ahsoka Tano’s timeline many times, so it’s probably not her unless it’s far off into the future.

Until Lucasfilm decides to lift the curtain, let’s all feel free to speculate.