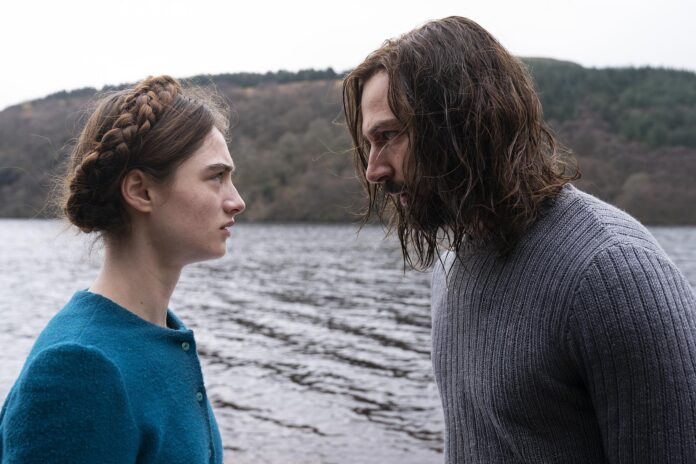 Do cult leaders ever really go out of style? At least in the world of cinema, there’s always a fascination to the charismatic, Messiah-like figures, especially when it comes to their grip over women. The Other Lamb casts Michiel Huisman (The Invitation solidifying his cultish bonafides) in the role of Shepherd, who rules over his harem like a god from on-high. Unfortunately, his command over them doesn’t extend to a strong enough presence to keep this film from feeling very tired and overly familiar.

The Other Lamb doesn’t actually center on Shepherd; the lead role belongs to Raffey Cassidy (The Killing of a Sacred Deer) as Selah, who is making the awkward transition into womanhood under his “guidance”. It’s in this move away from girlhood that Selah finds conflict, taught by Shepherd that her youth is her purity, and she relishes his favor as a result. The older women hold power within the female hierarchy but go unloved. And then there is the outcast, Sarah (Denise Gough), a discarded wife who knows far more than she is letting on.

Directed by Malgorzata Szumowska without the needed paranoid anxiety, The Other Lamb presents a bland, female-centric view of the cult experience. The women under Shepherd embrace his good, bad, and truly horrific qualities, with the maniacal leader acting as a sortof physical embodiment of the corrosive male patriarchy. He delights in teasing, flirting with his flock, but also in using them as sexual objects (he selects one to have sex with at dinner, “duck duck goose-style”) and as tools. Playing the women against one another, selecting favorites, is another useful weapon in his horrible arsenal. His grotesque interest in Selah seems to be that she so-closely resembles her dead mother, only more wide-eyed and naive. As Selah comes of age, she begins to realize how confining her existence truly is. Teenage rebellion and fanatical cults don’t really mix.

Random shots of dead animals blur together with long, arduous treks through dull forests and hillsides. Flashes of horrific violence suggest a break from reality, but tension is at a minimum. Selah is the least interesting character in her own story, her move into adolescence overshadowed by the complex, fascinating Shepherd. Huisman portrays Shepherd as the true monster in human form that he is. He is commanding, gorgeous, insecure, pathetic, and literally the only reason The Other Lamb should even be on your radar.

‘The Falcon And The Winter Soldier’ Ep. 4 Recap- The Shield Has Never Meant Less