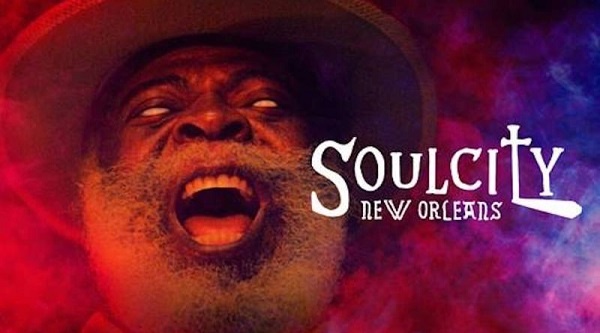 Recently launched and new streaming service Topic (from First Look Media) promised “borderless entertainment” as it delivers content from a variety of places as it enters the streaming game, competing against the heavyweights in a different way with “smart, provocative and meaningful entertainment.” Recently they released UK’s Channel 4’s The Virtues for a wider audience, and it was short of outstanding. However, with Soul City, results may vary.

Soul City is described as a psychological “horror” series set in New Orleans directed by Coodie and Chike (ESPN 30-for-30’s Benji, Muhammad Ali: The People’s Champ, and numerous music videos including Kanye West’s “Through the Wire”). Horror is in quotations because the series doesn’t really feel outright “scary” per se, but there are some elements of the thriller genre, but unfortunately doesn’t really land most of the time. Each of the three episodes on average is about 15 minutes, so as soon as you are settled in, the episode comes to a conclusion. Set in New Orleans, each episode deals with some sort of aspect of local culture, whether it be funeral processions, ballrooms, or jazz.

Soul City’s first episode, “Grace” features a young child dealing with the loss of her mother as she is taken in by her mother’s overly religious and toxic friend. Grace is obsessed with isolating herself with her grief, but according to her new parental figure, she just “needs Jesus” and gets yelled at every possible moment to do so. Oh, and she just might have some sort of Damien-Esque superpowers that she will use to enact her revenge. For the most part, it’s shot in black and white and the cinematography decisions make it feel like a student film instead of something from the directors of “Jesus Walks.”

The second episode, “Pillow Shop” deals with insomnia as a married man (Dorian Missick) has been unable to sleep. He is recommended to go to a store that exclusively sells pillows that will help him with his sleep, and sleep he does as he transports to a dream world with a ballroom where other visitors of that shop dine together and eventually sleep together, even though he’s married in the “real world.” Unfortunately, those who use this special pillow end up dead soon enough, and it’s a race against the clock for his wife to snap him out of this addiction. This is probably one of the stronger episodes as it deals with the anxieties of insomnia as well as infidelity. 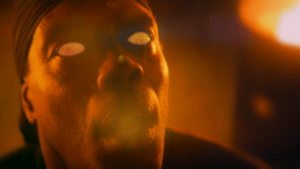 Soul City’s third and final episode “Give Man” showcases New Orleans jazz culture, as well as the theme of bargaining with the devil as a man (Chadwick Coleman), strikes a voodoo deal for happiness, reducing an ailment, and prosperity, only for the bill to be collected by his child, who he is so ashamed of hurting that he never meets his son. His riches ensure his child, a local jazz pianist, never worries for money, until the bill is due. While an interesting concept, the episode ends just when it’s getting interesting for his adult son who has to make a decision of his own.

One actor who is present throughout all three episodes is Queen Sugar’s Omar Dorsey (who should be getting much more work as he’s a fantastic actor) as he’s the glue for all three episodes. Even though this is an anthology, his character remains consistent and is the most interesting. You really don’t know his purpose until the final episode, and while the reveal is a little bit of a letdown, he’s still the most interesting. In fact, the casting for Soul City is very good as you get a who’s who of many good black actors who are usually in supporting roles (Chadwick Coleman, Dorian Missick, and even Maroon 5’s PJ Morton), people who you know by face if not by name. Unfortunately, the show doesn’t really land due to the short time span, and the fact that it’s never really scary. Perhaps if each episode was more developed, or had a bigger budget, it would have a bigger impact.