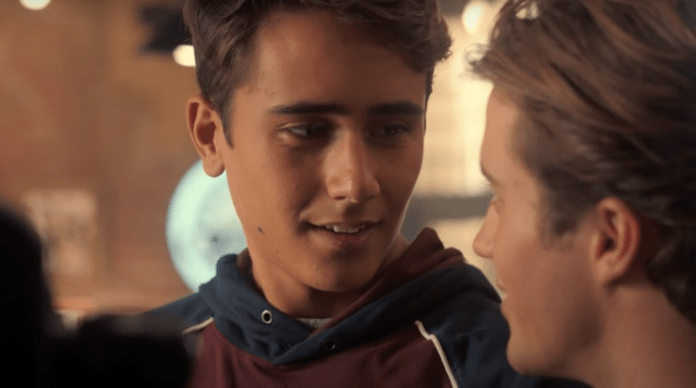 The 2018 film Love, Simon etched its place into many hearts by presenting a traditional, mainstream romance for an LGBTQ teen, still somehow a rarity for major Hollywood studios.  It turned out to be one of the final successful films for Fox before they were acquired by Disney, who originally planned to debut the upcoming spinoff series Love, Victor, on Disney+. That plan changed, for reasons that remain in question, but today we’re getting the first teaser before it arrives this summer on Hulu.

Love, Victor stars Michael Cimino as Victor, who is on a similar journey of sexual discovery as Simon, and even attends the same high school. When being the new kid at school, dealing with his family, and figuring out his sexual orientation proves too difficult, Victor reaches out to Simon who knows a thing or two about this very thing.