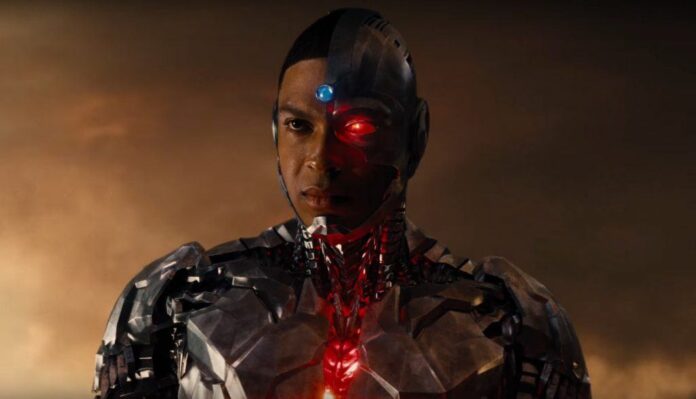 In 2014, back before the failures of Batman v Superman and Justice League, Warner Bros. laid out an ambitious future for the DCEU. There was so much promise, and nobody was looking to see it fulfilled more than actor Ray Fisher. If things hadn’t gone the way they did, his solo Cyborg movie would have opened a few days ago, April 3rd 2020, but obviously, that didn’t happen.

To hear it from him, we may not have seen the last of Cyborg, though. Although the character’s scarcely been mentioned other than by Ezra Miller’s Flash in the recent Arrowverse crossover, Fisher teases fans on Twitch that Cyborg could be returning soon…

“I know there are plans in the works. How privy am I to those plans? I cannot say”, Fisher said.

If there’s anywhere we could see Cyborg again it would be in The Flash’s solo movie, alongside Miller. Otherwise, Fisher may just be pulling our leg.

Speaking of pulling our leg, the Snyder Cut that shall never be was brought up, with fans asking Fisher if he’s seen it. Fisher has been a vocal champion of the full cut of Zack Snyder’s Justice League, which apparently has a lot more of Cyborg in it. That said, Fisher admits he has yet to actually see it…

“Timing-wise, I don’t think things have really worked out,” Fisher said. “There was one point in time where I was supposed to watch it, but some stuff came up and unfortunately it was not an option for me. Who knows? I might see it soon.”

I think it’s safe to say if Snyder ever finds his way to the DCEU again (unlikely) that he’ll put Fisher back into action. The actor’s career was seriously derailed by Justice League‘s failure, with no other movies to his credit and only a role in HBO’s True Detective.