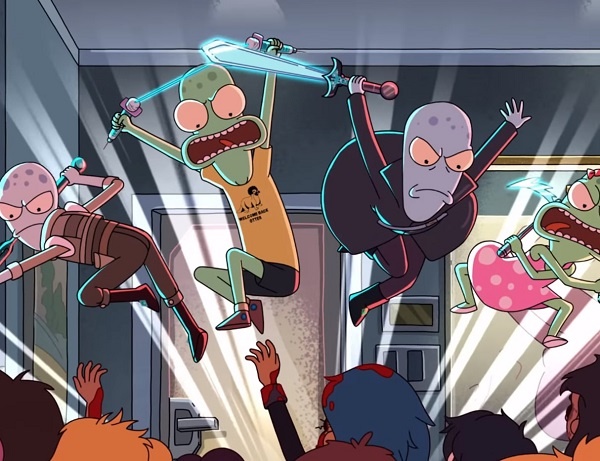 A few weeks ago, Hulu released a teaser trailer for Solar Opposites: a balls-to-the-wall crazy animated comedy focusing on an alien family who after escaping their home planet’s destruction, lands on earth.  Now they will have to live and fit in with a completely “alien” environment.  As they adapt to life in Middle America, they have to decide if it’s “awful or awesome.”  Of course, things will go crazy.  Fans of Rick and Morty already know how fun and bonkers a show like this can be, so Hulu just released a second trailer for the new show hitting the streamer next month: