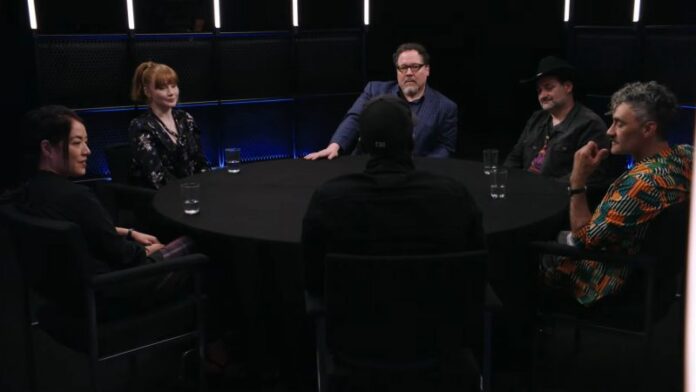 It only took a single season of The Mandalorian for it to be the biggest thing to hit Star Wars since The Force Awakens. Not only that, but the series is probably the reason so many people are still subscribed to Disney+. Because of that, keeping those people happy until season 2 finally arrives is key, and Disney is doing that with docuseries Disney Gallery: The Mandalorian.

As previously reported, Disney Gallery: The Mandalorian arrives on May 4th, better known to Force users everywhere as Star Wars Day. The eight-episode series takes us behind the scenes with creator Jon Favreau to explore the innovative technology and creative storytelling that made The Mandalorian such a phenomenon. Favreau talks with the many crewmembers and filmmakers (check a roundtable with Deborah Chow, Taika Waititi, Bryce Dallas Howard, and more) who helped bring this corner of the Star Wars universe to life. If you ever wanted to see Werner Herzog directing the animatronic Baby Yoda puppet, this is the place to be.

SYNOPSIS: In “Disney Gallery: The Mandalorian,” Executive Producer Jon Favreau invites the cast and crew to share an unprecedented look at the making of the series which quickly became a pop culture phenomenon after premiering in November. Debuting on the day that a worldwide community of fans celebrate all-things-Star Wars — Monday, May 4 — “Disney Gallery: The Mandalorian” is an eight-episode documentary series that pulls back the curtain on the first season of “The Mandalorian.” Each chapter explores a different facet of the first live-action Star Wars television show through interviews, never-before-seen footage, and roundtable conversations hosted by Favreau.

After the May 4th debut, new episodes will hit Disney+ every Friday.