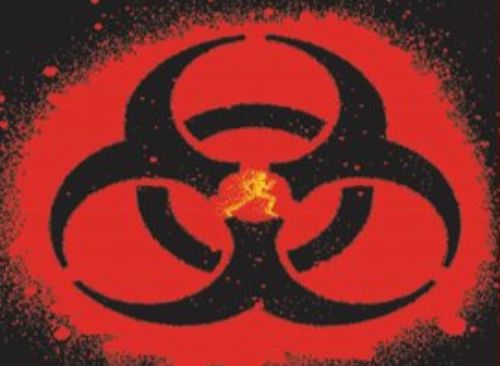 One might guess, and would probably be correct, that a flurry of contagion/bioterrorism movies are being written right now as screenwriters are stuck in their houses. Well, Jurassic Park and Indiana Jones 4 writer David Koepp has beaten them to the punch. His novel Cold Storage hit shelves last year and Paramount swooped in to acquire it before he was even finished. And now they’re moving forward on a film adaptation with a director ready to go.

Variety reports Jonny Campbell will direct Cold Storage, with Koepp providing the screenplay. Campbell’s credits are mostly in TV, including episodes of Westworld and Doctor Who. That makes the decision not to have Koepp direct it himself a bit unusual. While Koepp has directed films such as Premium Rush and Ghost Town, perhaps he’s still burned by his last movie, the dismal Johnny Depp “comedy” Mortdecai. Remember that? Yeah, not good.

Here’s the Cold Storage book synopsis, which takes on a whole new meaning given our current global situation:

They thought it was contained. They were wrong.

When Pentagon bioterror operative Roberto Diaz was sent to investigate a suspected biochemical attack, he found something far worse: a highly mutative organism capable of extinction-level destruction. He contained it and buried it in cold storage deep beneath a little-used military repository.

Now, after decades of festering in a forgotten sub-basement, the specimen has found its way out and is on a lethal feeding frenzy. Only Diaz knows how to stop it.

He races across the country to help two unwitting security guards—one an ex-con, the other a single mother. Over one harrowing night, the unlikely trio must figure out how to quarantine this horror again. All they have is luck, fearlessness, and a mordant sense of humor. Will that be enough to save all of humanity?

‘Indiana Jones 5’ No Longer Being Written By David Koepp