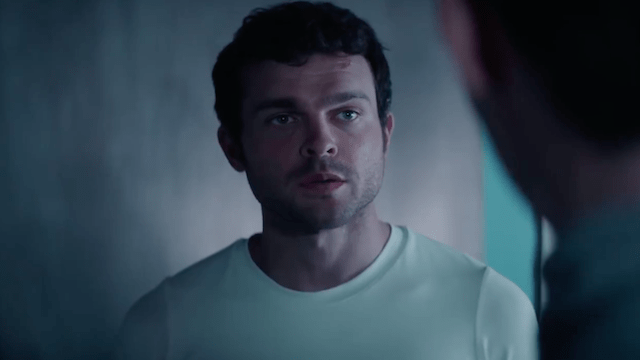 Are you ready for…Peacock? Just a day after NBC’s streaming service made its limited rollout, the network has dropped an impressive trailer for Brave New World, a series based on the classic novel by Aldous Huxley that imagines…well, a brave new world fueled by sex, drugs, and bioengineering. Wait, how is this different from ours? Huxley might’ve been on to something.

The dystopian society in Brave New World has a cast led by Solo‘s Alden Ehrenreich, who has journeyed away from a galaxy far far away to the dystopian land of New London. He’s joined by screen legend Demi Moore, Jessica Brown Findlay (Winter’s Tale), Harry Lloyd (Counterpart), Nina Sosanya (His Dark Materials), Hannah John-Kamen (Ant-Man and the Wasp). In this seemingly utopian society, people have been divided into an intelligence-based hierarchy where monogamy, privacy, and choice are outlawed, but a happy-inducing drug keeps everyone in line.

Of course, there are cracks in the system, and that’s where Ehrenreich’s John the Savage comes in. As he begins to disrupt the fragile peace in his ventures through the zoo-like slums of The Savage Lands, he’ll have to deal with the eventual fallout.

On board as exec-producer and showrunner is David Wiener, joined by all-star comic book writer Grant Morrison and Brian Taylor (Crank). Owen Harris (Kill Your Friends) directed the pilot.

Brave New World may end up a launch title when Peacock goes wide, but for now there’s no release date.