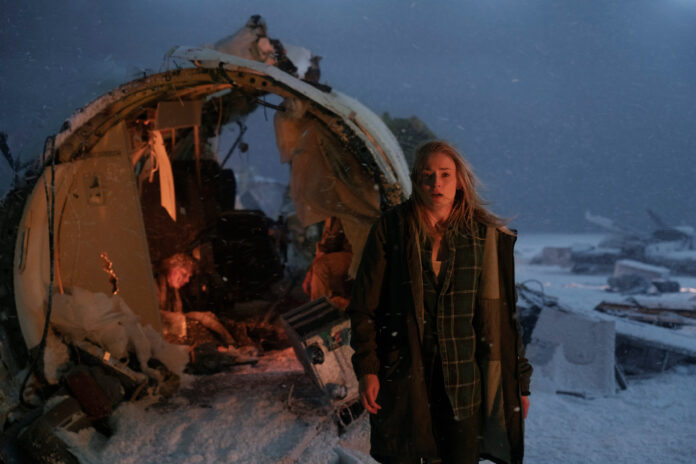 Sophie Turner, star of Game of Thrones and Dark Phoenix. Corey Hawkins, star of 24: Legacy, Kong: Skull Island, and Straight Outta Compton. They’re coming together for the upcoming Quibi thriller series Survive, one of the big shows that will be available on the streaming platform at launch.

Turner and Hawkins play two people who miraculously survive an airplane crash, but now must work together to brave the snowy mountains. As we see in this brief teaser, Turner’s character already has some issues she’s trying to get away from, which could make braving the harsh elements even tougher.

Survive is directed by Mark Pellington, whose resume includes films Arlington Road, Henry Poole is Here, and The Mothman Prophecies. Quibi is the streaming platform designed for mobile devices, with programs offered in 10-minute-long episodes. Launch is on April 6th, and as long as they keep putting out shows like this I may have to check it out.

SYNOPSIS: Jane (Sophie Turner) wants to end it all. Then a plane crash almost ends it for her. Now she’s crawling from the wreckage with the only other survivor (Corey Hawkins) and a new drive to stay alive. Together they embark on a harrowing journey out of the wilderness, battling brutal conditions in this thrilling drama based on the critically acclaimed novel, SURVIVE, by Alex Morel.