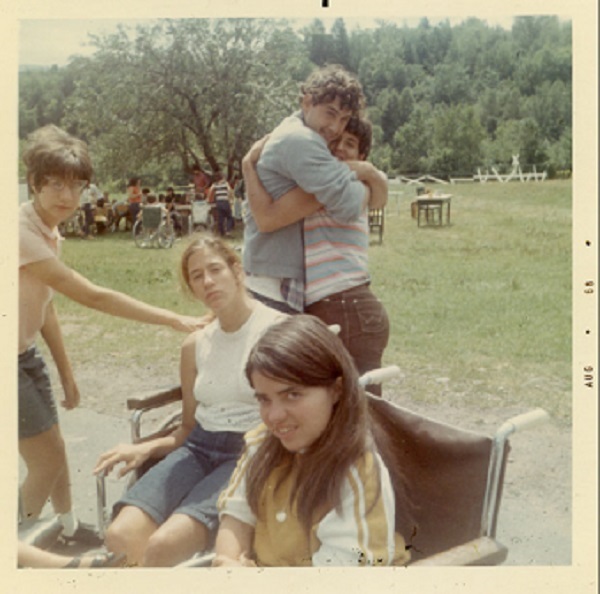 Nowadays we take many of the provisions provided by the Americans with Disabilities Act for granted. Parking spaces, brail signs on our elevators, ramps into buildings, service animals, TTY/TD, equal opportunity, anti-discrimination, and countless other provisions have been a part of our daily lives for the past 30 years have helped everyday life for Americans with some form of disability. But that was not always the case. For many, many years, differently-abled people had to endure the shame of an almost second-class citizenship for decades, until a very hard-fought battle was won by various disability rights advocates lobbied, protested, and even took over government buildings to have their needs met. And it all started at Camp Jened AKA Crip Camp. 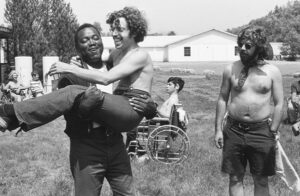 Produced by the Obamas (looks like Higher Ground Productions is off for their second Oscar in as many years), Crip Camp: A Disability Revolution highlights Camp Jened in the Catskills, where from 1951 to 1977 many disabled young people got their first taste of a life where they weren’t considered an “other.” Many of the documentary subjects told their stories of being the “disabled” person in their local area, the ridicule, the shame, the demand for independence, and all the frustration that endured along with it. However, when they went to Camp Jened, they were just a regular person who had all the rights, respect, and dignity that should automatically come with everyday life. In addition to feeling like a respected American, at Camp Jened, many people there did what everyone does at summer camps, got their first kiss (and other things that required the camp to temporarily separate the guys and gals when there was an outbreak of crabs), smoked dope and partied, but also where they first had nightly discussions about their place in the world and began a second Civil Rights Movement. 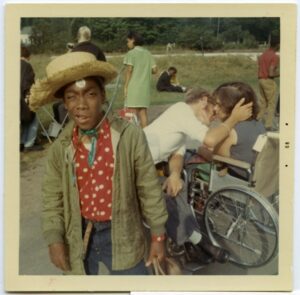 Yes, a second Civil Rights Movement, because the Civil Rights Act of 1964 did not offer protections for people with disabilities. Taking the sense of community and the demand for equal rights, many from Camp Jened ended up going to college at Berkley at a time when many in the country were still vocal about social ills not addressed. This led many of the former campers who stayed in contact with each other to start engaging their local, state, and federal representatives for their rights. Crip Camp has interviews from famed disability rights and advisor Judith “Judy” Heumann (whose humble beginnings started at Camp Jened), Denise Sherer Jacobson (who was so awakened by her sexual side at camp she went on to get a Master Degree in Human Sexuality), co-director Jim LeBrecht, and countless others told not only of their disabilities, but also how they wanted to change the world. The camp’s director Larry Allison put it best, “The problem did not exist with people with disabilities. The problem existed with people that didn’t have disabilities.” 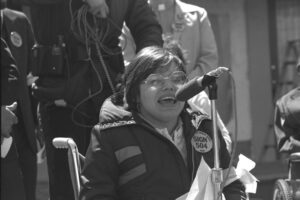 Crip Camp goes to show the radical activism of many Camp Jened alumni did in Berkley, including the setting up of the Center for Independent Living all the way to their 25-day sit-in of the San Francisco federal offices with the activists demand to meet U.S. Secretary of Health, Education and Welfare Joseph Califano of the Carter Administration to sign Section 504 of the Rehabilitation Act, which was a long and grueling process. Aided by Vietnam Vets, Black Panthers, and LGBT activists, they fought hard for not only the meeting, but the signing of Section 504 and even harder for its implementation which didn’t fully become realized until 1990. 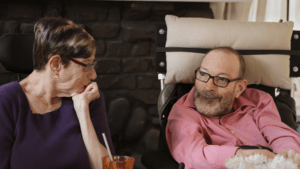 What makes Crip Camp so great is that it is a documentary through and throughout, and the people on the ground are the subjects. If Crip Camp was a dramatic movie, it probably wouldn’t have focused on the people that it needed to. The film also has such detailed raw footage, it’s almost as if everyone at Camp Jened knew that more than 40 years later a movie was going to be made about their experiences. Crip Camp interviews the subject in the present day, and it’s incredibly refreshing to not only hear them give their first-hand experience, but tell it as raw as they wanted to. There were quite a few F-bombs and vivid sexual descriptions, helping put a human face (and human experience) for people who often are not seen as “human” by everyone else. As stated before, it looks like the Obamas are on their way to a second Oscar (and its also great that they stepped out of the way as they did with American Factory), but all credit is due to directors James Lebrecht and Nicole Newnham, who put together a masterpiece that tells a much-needed story that pulls at your emotions in a non-cheap way, but also tells a fascinating story that people really don’t know much about, and it’s a great thing that the alumni of Camp Jened went to that obscure summer camp, as they went on a changed the world!