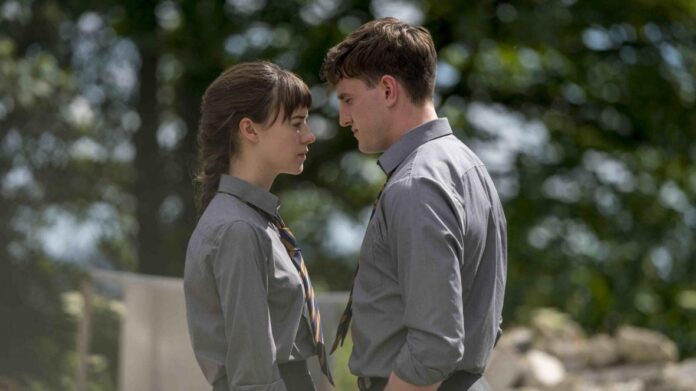 What the world needs now is love, sweet love, and Hulu had certainly provided it. In a truly explosive and passionate trailer, the streaming service gives us the first look at Normal People, a romantic miniseries exploring class and love in ’00s Ireland.

Based on Sally Rooney’s 2018 best-selling book, the show will follow the romantic ups and downs between Marianne and Connell, whose mother works as a housekeeper for Marianne’s family. As they become closer over time and come of age, their relationship becomes tested by outside sources and by the trailer, it won’t be easy. Angry brothers, money, secret relationships, and lots of kissing, all seem to complicate their relationship. Starring relatively unknown actors Daisy Edgar Jones and Paul Mescal as Marianne and Connell, I can’t wait to see how this all unfolds.

A co-production with BBC Three, the 12 episode series will be directed Lenny Abrahamson and Hettie Macdonald. Abrahamson is best known for directing Room, which earned him an Academy Award nomination. Macdonald, who has been directing since 1996, has directed numerous episodes of TV, including Fortitude, Doctor Who, and Poirot.

Normal People will premiere on Hulu on April 29th. Watch the trailer below.