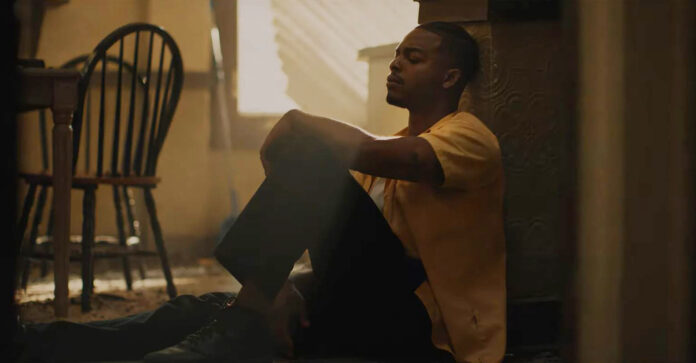 Quibi is the upcoming streaming service that breaks all of its content into bite-sized chunks for mobile platforms. Despite the gimmicky setup, there’s a load of star-powered content that will be readily available at launch, and one that promises to get a lot of attention if #FreeRayshawn, a “Movie in Chapters” from exec-producer Antoine Fuqua and director Seith Mann.

Starring If Beale Street Could Talk and 21 Bridges‘ Stephan James, plus Laurence Fishburne, and Jasmine Cephas Jones, #FreeRayshawn follows a young Iraq War vet holed up in a New Orleans apartment with his girlfriend and child, claiming he has been framed by police on a drug charge. Fishburne plays a sympathetic cop who wants the standoff to end peacefully, while the situation blows up into a media frenzy.

I don’t know how this will play out on our mobile phones, but this trailer suggests a highly-cinematic story that could’ve been great on the big screen. It’ll be interesting to see how Quibi is received when it launches on April 6th.