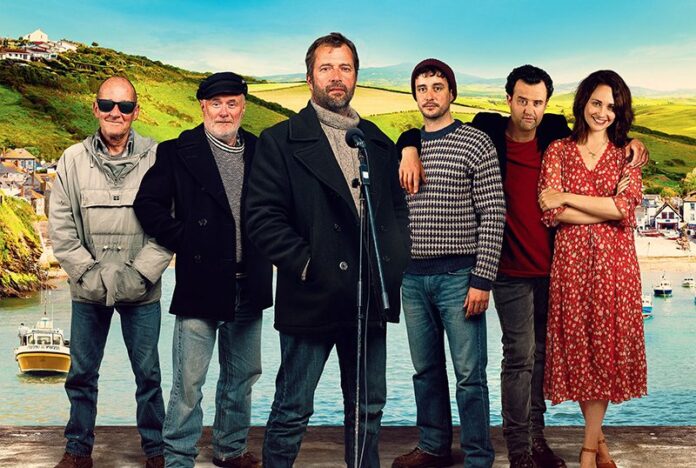 A cynical record exec, a fresh-faced talent, Fisherman’s Friends has a plot that may seem very familiar until you look a little bit deeper. Not only is it based on a true success story, but the musical discoveries are hardly what you’d call likely contenders on American Idol.

Directed by Chris Foggin, the film centers on a cynical music executive who heads to Cornwall where he discovers the seaside sounds of a group of Cornish fishermen. Expect life lessons to be learned as he tries to turn them away from their homespun values and towards the glamour of celebrity.

SYNOPSIS: A fast living, cynical London music executive (Daniel Mays) heads to a remote Cornish village on a stag weekend where he’s pranked by his boss (Noel Clarke) into trying to sign a group of shanty singing fishermen (led by James Purefoy). He becomes the ultimate “fish out of water” as he struggles to gain the respect or enthusiasm of the unlikely boy band and their families (including Tuppence Middleton) who value friendship and community over fame and fortune. As he’s drawn deeper into the traditional way of life he’s forced to reevaluate his own integrity and ultimately question what success really means.

Fisherman’s Friends open this May.