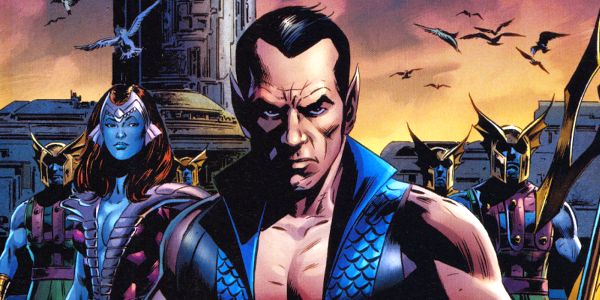 Of the many…many…many Marvel rumors that go around constantly, the debut of Namor is right at the top of the list. Depending on who you ask, the King of Atlantis is about to show up in Black Panther 2, maybe Doctor Strange 2, or he was teased in Endgame and we all missed it. There are just so many and that’s just a sampling. Well, here’s another one that claims to know where Namor will show up, so let’s just add it to the list.

According to MCU Cosmic (judge accordingly), the sinking of Atlantis will be shown in The Eternals, possibly in an opening montage sequence . While Namor isn’t directly referenced, the sinking of his underwater kingdom is an obvious way to introduce him. I look at this differently than when Wakanda was teased in The Avengers because it wasn’t part of the plot, just an Easter Egg. If Atlantis is shown, expect Namor the Submariner to soon follow.

So we’ll see. The Eternals is looking to be a gigantic movie for Marvel, with repercussions both earthly and cosmic. It wouldn’t be my way to bring Namor into the fold, but Marvel doesn’t need any advice from me.

The Eternals is currently set for November 6th, but don’t be surprised if that moves.