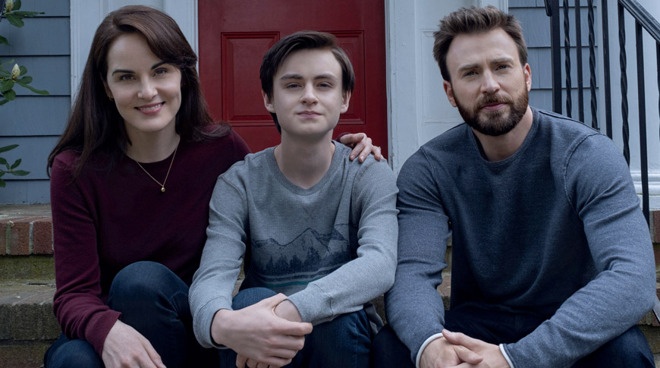 The stars of Avengers: Endgame, Downton Abbey, It, and Spider-Man have all come together for the Apple TV+ series, Defending Jacob. Chris Evans sports his bearded look again, joined by Michelle Dockery, Jaeden Martell, and JK Simmons in a drama that promises to be a big draw for the streaming service. This is also the kind of dramatic work Evans has been pining to do for years.

Defending Jacob stars Evans as a defense attorney torn between the law and his family when his son is accused of murder. The 8-episode series is directed by Morten Tyldum, best known for The Imitation Game, Headhunters, and Passengers, from a script by Dawn of the Planet of the Apes writer Mark Bomback. The cast includes Betty Gabriel, Pablo Schreiber, Cherry Jones, Sakina Jaffrey, Leighton Meester, Paul Wesley, and Kat Graham.

SYNOPSIS: A gripping, character-driven thriller based on the 2012 New York Times best-selling novel of the same name, and starring Chris Evans, Michelle Dockery, Jaeden Martell, Cherry Jones, Pablo Schreiber, Betty Gabriel and Sakina Jaffrey. The limited drama series unfolds around a shocking crime that rocks a small Massachusetts town and one family in particular, forcing an assistant district attorney to choose between his sworn duty to uphold justice and his unconditional love for his son.