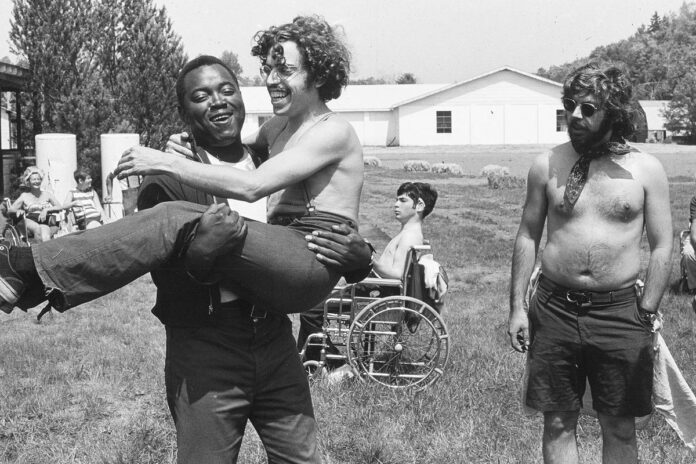 Following on their Oscar-winning documentary American Factory, exec-producers Barack and Michelle Obama have returned with another award winner. Crip Camp: A Disability Revolution premiered at Sundance and became an instant sensation. The crowd-pleasing film came away with the prestigious Audience Award for U.S. Documentary.

Directed by Nicole Newnham and former camper Jim LeBrecht, the film centers on a trailblazing summer camp that helped galvanize a disabled teens.  The timing of the film couldn’t be better as it arrives on the 30th anniversary of the landmark Americans With Disabilities Act.

SYNOPSIS: In the early 1970s, teenagers with disabilities faced a future shaped by isolation, discrimination, and institutionalization. Camp Jened, a ramshackle camp ‘for the handicapped,’ in the Catskills, exploded those confines. Jened was their freewheeling Utopia, a place with summertime sports, smoking and makeout sessions awaiting everyone, where campers felt fulfilled as human beings. Their bonds endured as they migrated West to Berkeley, California  — a promised land for a growing and diverse disability community — where friends from Camp Jened realized that disruption and Unity might secure life-changing accessibility for millions.

Crip Camp comes to Netflix on March 25th and will play theatrically in New York and Los Angeles.