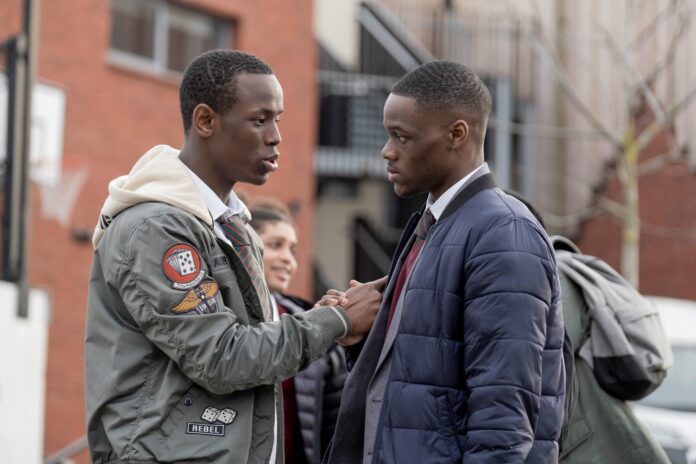 British rapper Rapman, creator of the phenomenal Youtube series Shiro’s Story, makes his feature directorial debut with Blue Story. The film follows themes that have been prevalent in all of his work, such as friendship, betrayal, and loyalty, all told in a style befitting the gritty London streets.

SYNOPSIS: Best friends Timmy (Stephen Odubola) and Marco (Micheal Ward) go to the same high school in Peckham, but live in neighboring London boroughs. When Marco’s beaten up by one of Timmy’s primary school friends the two boys wind up on rival sides of a never-ending cycle of gang war in which there are no winners …only victims.

Rapman was inspired by his own story and narrates, working with a cast that includes Rohan Nedd, Kadeem Ramsay, Khali Best, and Junior Afolabi Salokun. A little bit of controversy hit the film when police were violently attacked during a screening last year. The incident led to a couple of theater chains pulling the film entirely.