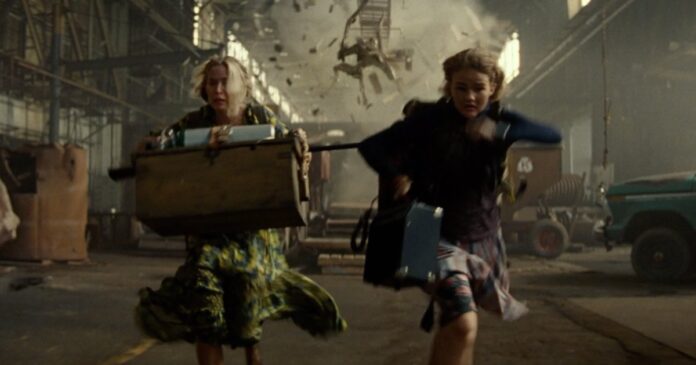 So…SXSW is canceled, the NBA season is suspended, Tom Hanks (TOM HANKS!!!!) is sick, Coachella ain’t happenin’, and it’s only going to get more desolate out there as the coronavirus continues to spread.  Shaking the feeling we’re living through some kind of horror movie has become tougher this week than ever before. And while the delay of an anticipated film may seem like a minor concern considering the world’s turmoil, that it’s A Quiet Place 2 is still pretty significant.

As confirmed by director John Krasinski, Paramount has decided to delay the global release of A Quiet Place 2, just a week ahead of release.  This makes sense considering the fast-moving impacts of the pandemic, which has seen limits placed on all public gathering and, as of last night, led to a travel ban out of Europe.

Initially, the delay was targeted solely at the European release but Krasinski has confirmed it is worldwide and a new date has yet to be named.