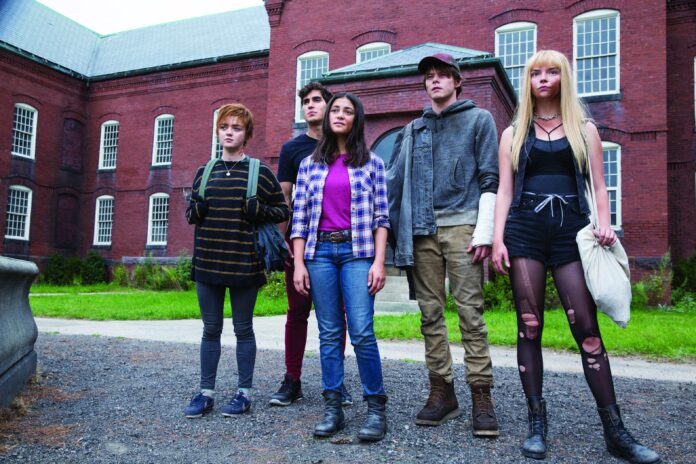 Prior to Disney’s acquisition of Fox, there were much bigger plans for Josh Boone’s The New Mutants. It would have been part of an ongoing X-Men franchise, and Boone had hopes an entire trilogy of films following the mutant teens. But those hopes are over, and Boone is pretty upset over what might have been.

One of the plans we heard about most often was a post-credits tag featuring the villain Mister Sinister, played by either Jon Hamm or Antonio Banderas. Boone confirms that it was Banderas, but says the character would’ve been someone completely different and much less interesting. Banderas would’ve played Emmanuel da Costa, father to Roberto da Costa aka Sunspot (played by Henry Zaga) whose membership in the evil Hellfire Club would send the team to Brazil.

“We always intended to do New Mutants: Brazil as the second movie. It was intentional that we didn’t shoot it. We had always planned to have a tag at the end of the movie that introduced the villain for the next movie. We even had an actor cast, but because of the merger and because Marvel owns X-Men now and is going to do their own thing, there was no reason to go shoot it.”

Boone added that the telepathic Xian Coy Manh aka Karma would’ve been the sequel’s true villain, although by the end she’d be a New Mutant…

“Karma was always going to be the villain in the second movie that would be absorbed into the group by the end. We had always wanted to bring Karma and Warlock into the second one when we couldn’t do it in the first one. For us, we wanted that initial core team [for the first movie]. We just couldn’t swap out Illyana. We felt like there was no reason to do [the movie] if we couldn’t bring that character to life in the first one.”
Boone still hopes for the best, but has come to accept the chance of New Mutants being a big enough hit to warrant sequels is slim..
“In our heart of hearts, we hope [The New Mutants] makes a bunch of money so that we can go make the second one,. We’re all just bummed at everything that happened. Just the merger and everything else. It had nothing to do with us personally and had an impact on every single movie at Fox at the time.”
The New Mutants opens April 3rd.

‘The New Mutants’ Is Hittin’ On PVOD, By The Way