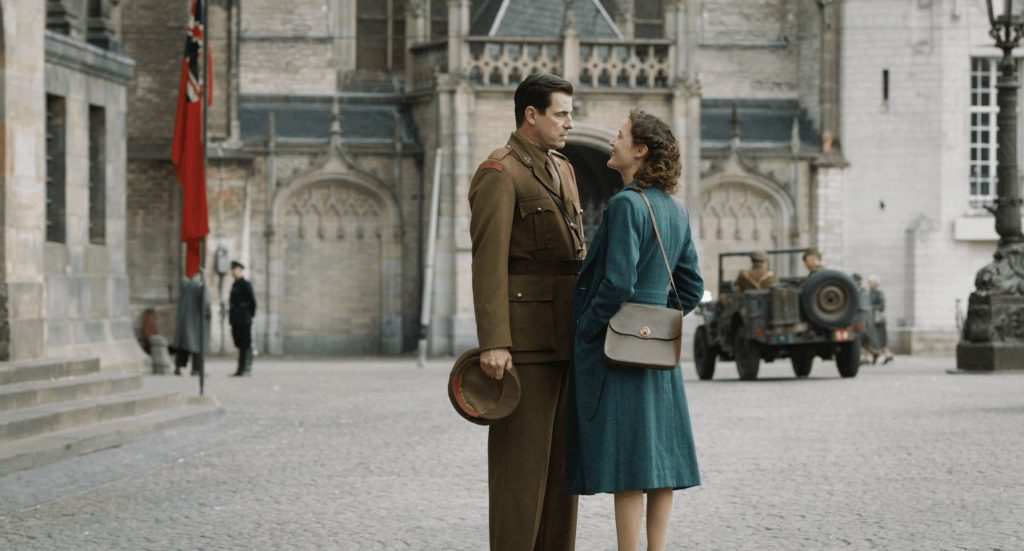 Whether it be Monuments Men or Woman in Gold, we’ve seen different takes on the WWII drama, focusing on lost pieces of art stolen by the Nazis. Now, you can add The Last Vermeer to this unique little subgenre, and with a cast led by Claes Bang (The Square), Vicky Krieps (Phantom Thread), and Guy Pearce, this could be one worth treasuring.

Based on a true story, the film centers on the investigation into flamboyant Dutch artist Han van Meegeren (Pearce, in a rather interesting head of hair) who stood accused of selling a priceless Vermeer to the Nazis during their occupation of the Netherlands. Bang and Krieps play members of the Dutch resistance who come to believe in Meegeren’s innocence, despite the mounting evidence.

The film marks the directorial debut of Dan Friedkin, a producer on films including Ben is Back, Destroyer, and Martin Scorsese’s upcoming Killers of the Flower Moon.

The Last Vermeer opens May 22nd.