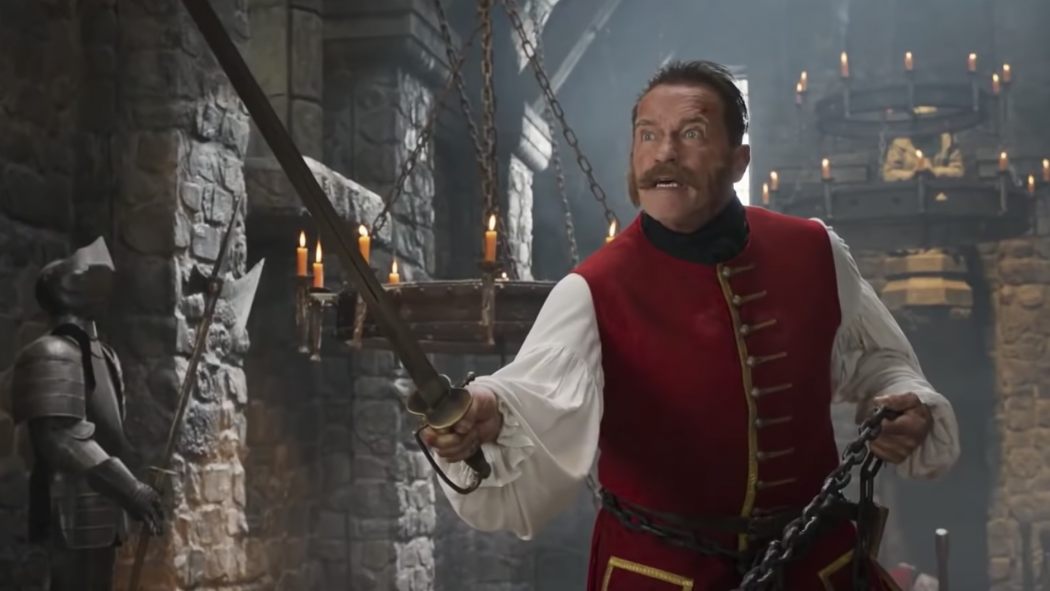 We didn’t get to see Arnold Schwarzenegger and Jackie Chan share the screen during their prime; we didn’t get to see the action movie legends together in The Expendables, and now, as they’re struggling to beat back Mother Nature, we still aren’t really getting to see it. The new trailer for Russian-Chinese historical adventure The Iron Mask does feature a little bit of a fight between Chan and Schwarzenegger, but this movie isn’t about them and they definitely aren’t the stars.

Released last year under the title Viy 2: Journey to China, The Iron Mask is set in the 18th-century and stars Jason Flyming as an English cartographer on a magical journey to the Far East. Yeah, I don’t care anymore, either. We get about 30 seconds of a brawl between Chan and Schwarzenegger, in which the latter plays a London tower guard whose got beef with Chan’s apparent prisoner, but once that’s over so is pretty much everything involving them.

That Chinese money has some serious clout, though. The cast also includes Charles Dance, Helen Yao, and the late Rutger Hauer. Flyming and Dance reprise their roles from the 2014 movie, one of Russian’s all-time biggest hits.

The Iron Mask doesn’t have U.S. distribution, and who knows if it will? Neither Chan or Schwarzenegger is much of a draw anymore, and the last time we saw them in a big Hollywood movie together it was in 2004’s box office bomb Around the World in 80 Days.