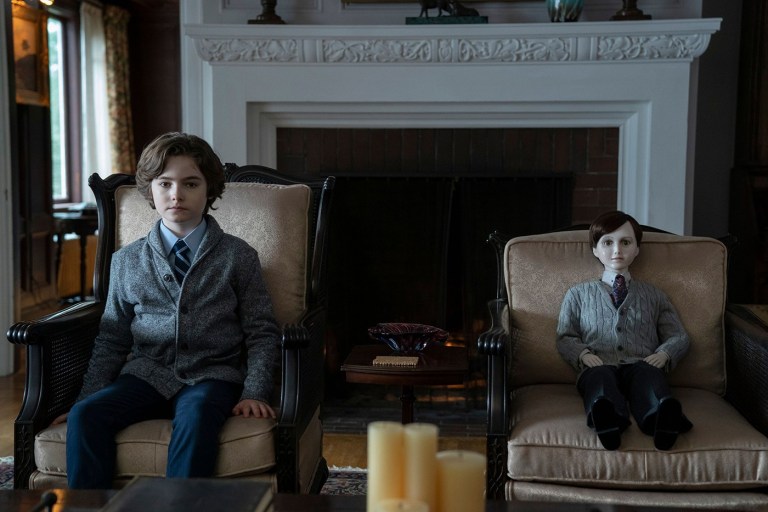 Your Grandma has that room doesn’t she? You know the one, no one’s allowed to go in there and decorating the walls like some demonic audience are fancy porcelain dolls, with their dead eyes and evil smiles. Dammit Grandma, thanks for the trauma! Anywho, thanks to Chucky I’m part of a generation that added evil dolls to our list of weird things to be terrified of. I was almost concerned that future generations, who were jaded by good effects and sharp writing, wouldn’t share that dread. Then I saw this trailer. Certainly, there’s been no lack of evil doll films, hell this one’s a sequel (I never saw the first), but the recent films lacked that certain something that even the well-received Child’s Play remake couldn’t capture. Looks like we finally have a contender in Brahms: The Boy II which brings Katie Holmes back to the big screen. The films got the look, and sometimes that’s enough. Whether there’s more to it time will tell, but check out the trailer below and let me know if I’m just being a little wussy…if so, blame grandma.

Review: ‘The Secret: Dare to Dream’