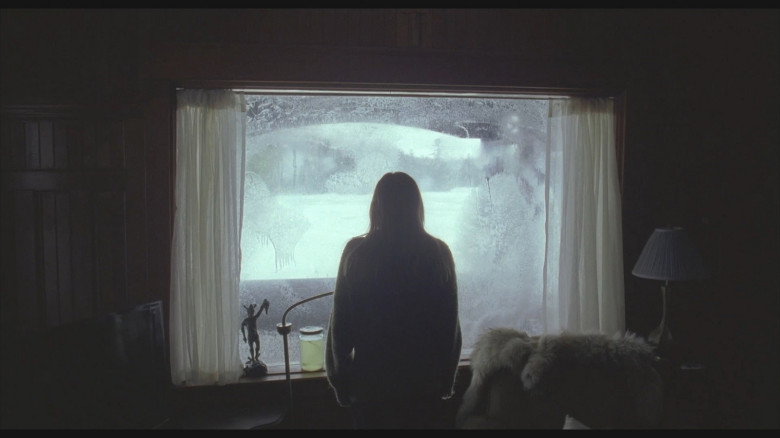 The debilitating fear and uncertainty that comes with motherhood is of particular interest to Austrian directing duo Veronika Franz and Severin Fiala, who had an art house breakout a few years ago with the domestic horror Goodnight Mommy. A few years later and they’re back exploring similar themes and premise with The Lodge, another slow burn that’ll have you reconsidering whether kids ought to be in your future. However, in this case it’s the discord that comes with becoming a new step-parent to a pair of kids who may resort to maniacal means to keep their original family unit intact.

Once again the discordant relationship between a mother and two children is brought to freezing temperatures while stuck in claustrophobic isolation. Riley Keough gives a subtle turn as Grace, an escapee from an Evengelical cult who has found new purchase with her soon-to-be husband Richard (Richard Armitage), the reporter who covered her story. Unfortunately, his children Mia (Lia McHugh) and Aiden (Jaeden Martell) have no interest in Grace becoming part of their family. They hold her responsible for the demise of their birth mother (Alicia Silverstone), who took hard news of her ex-husband’s impending marriage to the much-younger Grace.

“You left mom for a psychopath“, Aiden scolds, giving us the first clue that maybe all isn’t well with Grace. She keeps it well hidden, though, just like the stash of pills she takes to stay balanced. Months later, Richard takes the family to their remote lodge in the middle of a snowy nowhere, hoping all sides can come together and respect one another, if not learn to love one another. But when he’s called into the city on work, leaving Grace and the surrogates alone, all sorts of weird crap starts happening, as one might expect from this genre of film.

Franz and Fiala aren’t interested in crafting anything as easily-identifiable as horror, and the ambiguous nature of the story feeds into that. One morning, Grace and the kids wake up to find the power out, all of their warm clothes missing, the food has disappeared, and worse, Grace’s stabilizing pills are nowhere to be found. As if it wasn’t tense enough in the tiny household, perched precariously on a dangerous lake of ice, the accusations only make it worse. Are Mia and Aiden responsible for trying to push Grace over the edge, or is Grace already suffering some kind of mental break? The possibility of paranormal interference is also dangled as a possibility, with more than one clue pointing in that direction. Grace’s past as a religious zealot points to something of a supernatural nature, but the same goes for the devout Mia, who seems to be headed down a similar path. You’d think they’d get along.

But for all of these red herrings, including ominous shots of a dollhouse that seems to be replicating the odd events, few prove satisfying in sustaining the mystery, as if they were thrown together at random. This is exacerbated by a disappointing reveal that will be a gut blow to horror fans hoping for something edgier, or at least one that makes sense seen in full context. The mounting household pressure is exquisitely delivered, albeit at a crawl’s pace, through cinematographer Thimios Bakatakis’s icy lens, giving you the sense of being trapped inside of an igloo. The performances help, as well, most of it done in cold stares and if-looks-could-kill glances. Only Keough gets anything remotely layered, as Grace’s brittle psyche finds her leaning on the religious beliefs she fought so hard to escape. A surprisingly violent, forbidding finale clashes with the deliberate tone, and fails to deliver enough of a jolt for those who put their faith in The Lodge to live up to Franz and Fiala’s chilling predecessor.