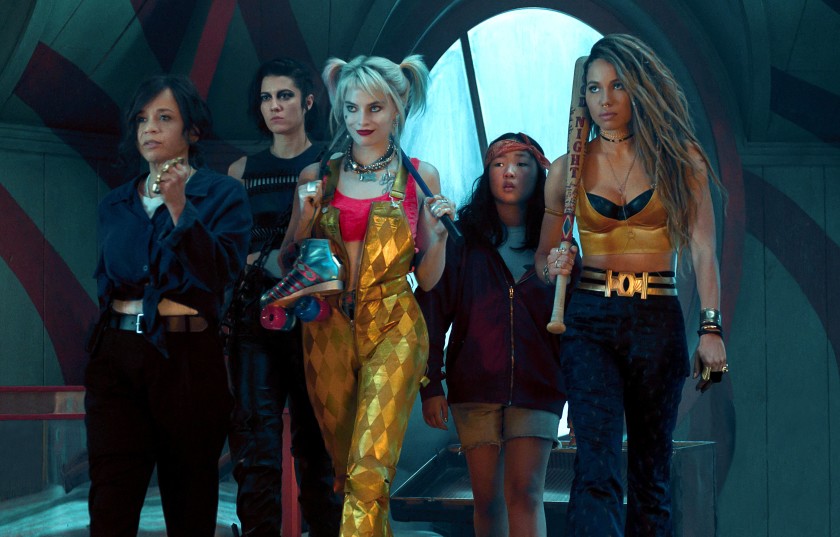 This week Birds of Prey finally comes flying into theaters. Kinda feels like we’ve been waiting forever for it, thanks to the Gotham City Sirens confusion. The film returns Margot Robbie to the role of Harley Quinn, who is no longer tied down by the Joker (figuratively, although literally is probably true, too), and must team up with an all-new girl gang to survive the threat of Roman Sionis, aka Black Mask, played by Ewan McGregor.

Since we know Harley Quinn is entirely unhinged, and this movie is largely seen from her perspective, expect it to get pretty bonkers. In a handful of new clips we get an idea of just how far off the wall this could go, with Harley Quinn battling some of Sionis’ goons on a pair of roller skates, swining her mallet around with reckless abandon.

In another clip we see Harley Quinn being interrogated by Sionis and his right-hand-man Victor Zsasz (Chris Messina), and in another we see her, along with Huntress (Mary Elizabeth Winstead), Black Canary (Jurnee Smollett-Bell), Renee Montoya (Rosie Perez), and Cassandra Cain (Ella Jay Basco) realizing they must work together. I think this scene also reveals a certain character’s death, so beware of spoilers. There’s more, including Black Canary breaking out her soulful rendition of “It’s A Man’s World”, giving Smolett-Bell a chance to show what she can do.

‘Birds Of Prey’ Director Suggests WB Jacked-Up Her Cut Of The Film, Too