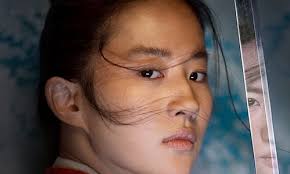 While the 49ers and Chiefs are doing battle on the gridiron, Disney is putting their latest princess warrior in the spotlight.  Disney’s live-action Mulan is a different beast than the animated 1998 film, and this latest trailer, the final one, fills us in on what makes this adaptation so different.

Gone are the musical numbers and dragon sidekick Mushu as this Mulan draws more inspiration from Guo Maoqian’s epic poem. There’s a greater sense of mysticism and family drama, but the epic battles, along with the story of a young girl whose bravery becomes legend.

SYNOPSIS: When the Emperor of China issues a decree that one man per family must serve in the Imperial Chinese Army to defend the country from Huns, Hua Mulan, the eldest daughter of an honored warrior, steps in to take the place of her ailing father. She is spirited, determined and quick on her feet. Disguised as a man by the name of Hua Jun, she is tested every step of the way and must harness her innermost strength and embrace her true potential. It is an epic journey that will transform her into an honored warrior and earn her the respect of a grateful nation…and a proud father.