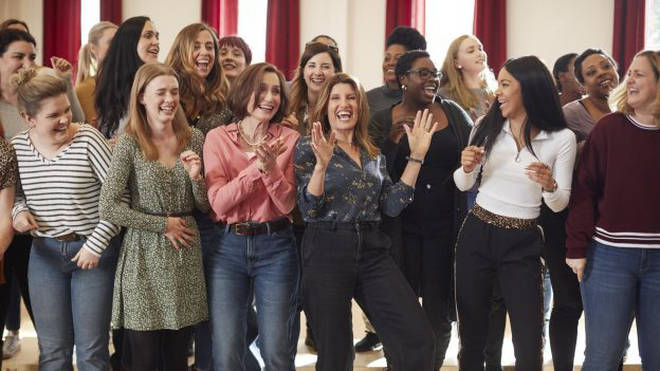 Although I would be totally down for it, Military Wives is not a big screen spinoff of Army Wives, the long-running drama series that starred JAG‘s Catherine Bell. Their aims remain the same, however, to show the struggle faced by the spouses of those who take the battlefield, often in far away, war-torn countries with very little means of communication. The loneliness can be overwhelming, and in those times it’s good to find others who know what you’re going through.

Military Wives stars the great Kristin Scott Thomas, joined by Sharon Horgan, Jason Flyming, Greg Wise, and Emma Lowndes. Interestingly, behind the camera is Peter Cattaneo, who hasn’t done a ton since his acclaimed film The Full Monty. His last movie was 2008’s comedy The Rocker. Music remains a core theme in many of his movies, as this story finds the wives of British military officers uniting to form a choir.

SYNOPSIS: MILITARY WIVES centers on a group of women in England whose partners are away serving in Afghanistan. Faced with the men’s absences, they form a choir and quickly find themselves at the center of a media sensation and global movement.


Reviews were strong after its world premiere at TIFF, which bodes well for its release on March 27th. Military Wives might be worth putting on your radar.