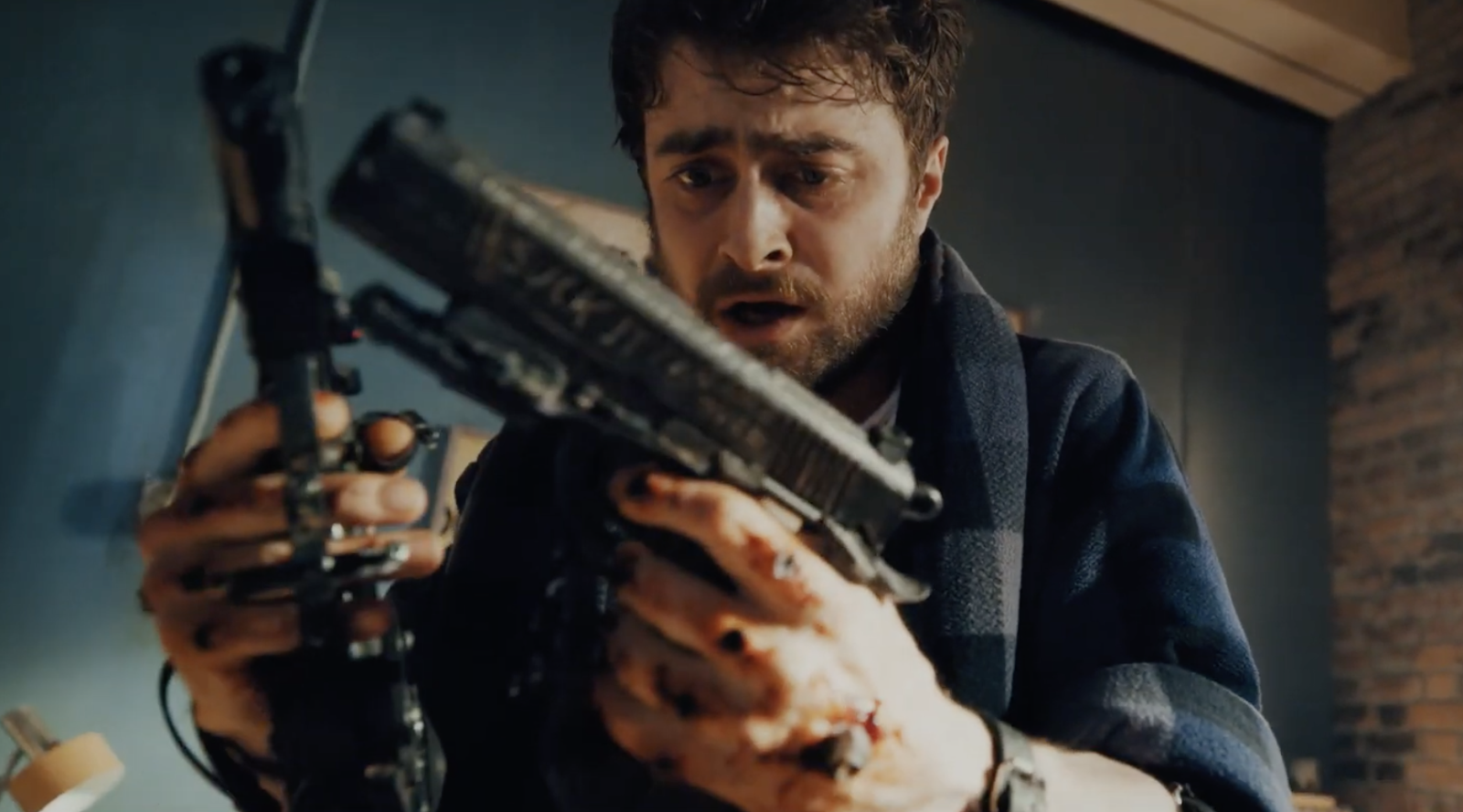 Over the last few days I’ve been struggling with whether to post my review of the action flick, Guns Akimbo, y’know, that movie starring Daniel Radcliffe as a guy with guns bolted to his hands. The review is done, however, controversy broke out over the weekend after its director Jason Lei Howden went into a Twitter tirade against two female film critics of color and setting loose his fans against them. The criticism put Guns Akimbo’s release into serious jeopardy, but distributor Saban Films says it will happen as normal. Here’s their statement:

“We are releasing ‘Guns Akimbo’ this Friday, February 28. While we do not condone, agree or share Mr. Howden’s online behavior, which is upsetting and disturbing, we are supportive of the film and all the hard work and dedication that has gone into making ‘Guns Akimbo.’”

Without going too deep into this, the whole thing began when Dilara Elbir, blogger and editor-in-chief of the Much Ado About Cinema website, used racial slurs in a private message and it was spread online. Most of the site’s staff abruptly quit and she was hit with the expected online anger in response. She would later apologize in a serious of emotional videos, but a friend reported on Twitter that she was also threatening suicide and had been taken to a hospital.

Howden entered the picture when he publicly accused writers Valerie Complex and DarkSkyLady of cyber bullying and attempted murder over what happened to Dilara. While Howden’s claims seem to be false (neither was online at the time), he continued to escalate the situation as the two women of color tried to defend themselves, including in a piece on Medium.

So this whole thing escalated pretty quickly. And here I thought the buzz for Guns Akimbo would center on its ridiculous premise, as it should. Howden’s actions are deplorable. His attacks against online film critics and specifically writers of color should get him shunned from the larger film community, and they probably will. It’s not as if Guns Akimbo is the next Citizen Kane. If Howden doesn’t make another movie, nobody will give a shit.

That said, I’m going to move ahead on the release of my review later this week. Not for Howden, who is an epic douchebag, but for all of the other people who worked hard on the movie, from stars Daniel Radcliffe and Samara Weaving to the producers, assistants, and crew.  They didn’t have any part to play in Howden’s idiocy and don’t deserve to be punished for it.

However, if Howden’s activities continue and others choose to work him on another movie, we will not be bothering to review that one regardless of how good/bad it may be.

ICYMI: , the director of Guns Akimbo, a new Daniel Radcliffe film, knowingly falsely accused Val and other female poc writers of bullying another woman (they did not). He was called out by men (me, Robert), But he decided to only target, smear and harass POC women https://t.co/eW8fWucGO1 pic.twitter.com/VXEwWTtP0x