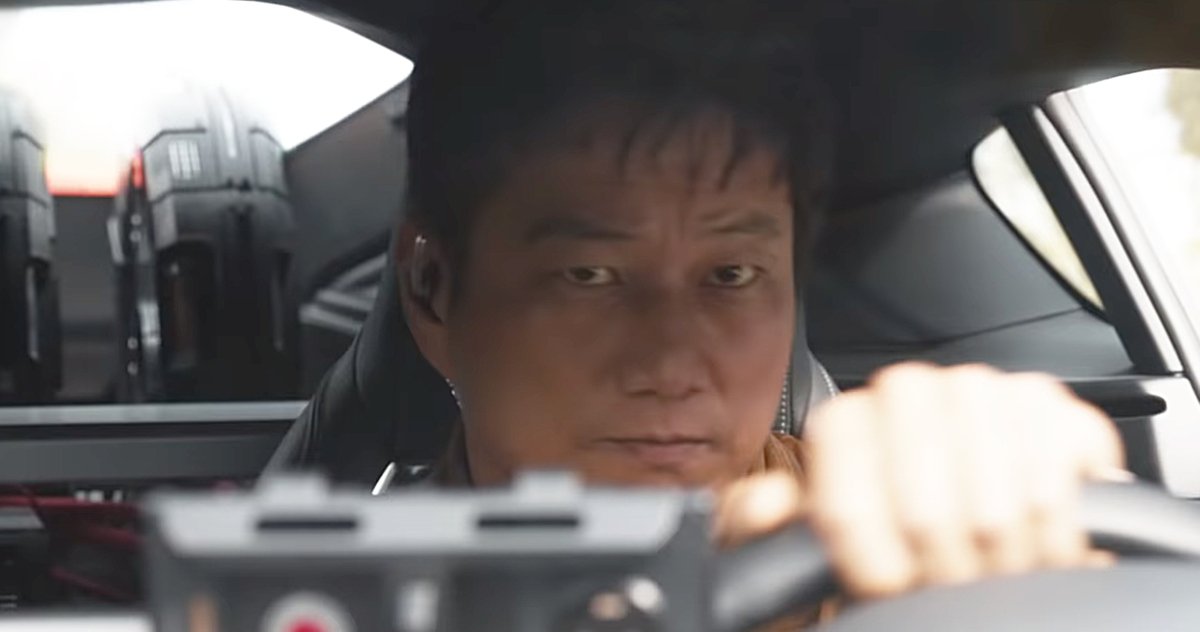 “You’re whole life you’ve pushed yourself to be faster than Dom, smarter than Dom, stronger than Dom, but could you kill him? Because I’m ready if you are.”, Charlize Theron’s incarcerated villain Cipher (who may be getting a spinoff) said in the first trailer for F9: The Fast Saga, which dropped a couple of days ago.

Somebody’s out to kill Dominic Toretto again! Only, this time, that someone is his brother. And that brother is played by…John Cena?? Yeah, I don’t know what DNA possibly has John Cena and Vin Diesel related by blood, but the Fast & Furious franchise asks us to suspend belief in the laws of physics, why not the laws of genetics, as well?

The new Super Bowl spot for F9 aka Fast & Furious 9 is thirty seconds of flipped cars, Diesel mumbling something about risks, and the unlikely return of Sung Kang as Han. Will this story make any sense by the time it’s over? Well, it certainly couldn’t be more nonsensical than Fate of the Furious, could it?

Justin Lin is back behind the camera for F9, which opens on May 22nd!

Hallelujah. Get your tickets for F9 now – in theaters May 22! https://t.co/W9rR5Nyvdh pic.twitter.com/4SoYy5KIGm

Universal Pushes Back ‘F9’ Nearly A Year Over Coronavirus Outbreak