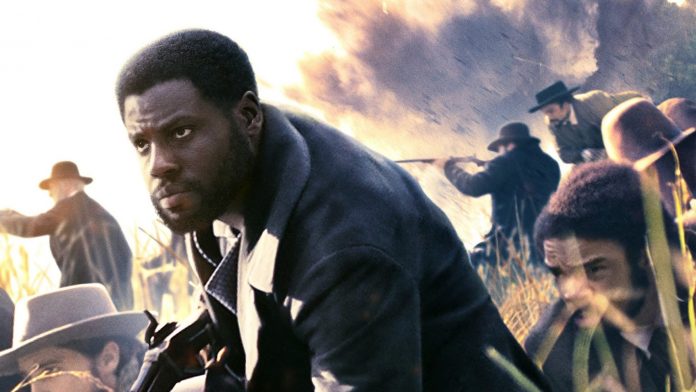 The acclaimed drama Harriet finally gave Harriet Tubman’s story the big screen treatment it long deserved, and now another powerful figure in the anti-slavery movement will get his due. Emperor is the new film from Oscar-nominated producer Reginald Hudlin (Django Unchained, The Great White Hype), and centers on the story of Shields Green, an outlaw slave and leader in John Brown’s infamous raid on Harper’s Ferry.

Okeniyi looks impressive and forceful in the role of Green, a figure that has largely been overlooked in the accounts of Brown’s attack on Harper’s Ferry. It does seem to be reading from the same Harriet playbook, emphasizing action to give this piece of history a more contemporary feel. Green comes across like a historical superhero, which I guess is fitting given some of his exploits.

SYNOPSIS: Emperor is inspired by the legend of Shields “Emperor” Green, a descendant of African kings turned outlaw slave in the pre-Civil War South.  Seeking freedom for his family, Emperor fights his way north, joining the daring raid on Harper’s Ferry and helping alter the course of American history.