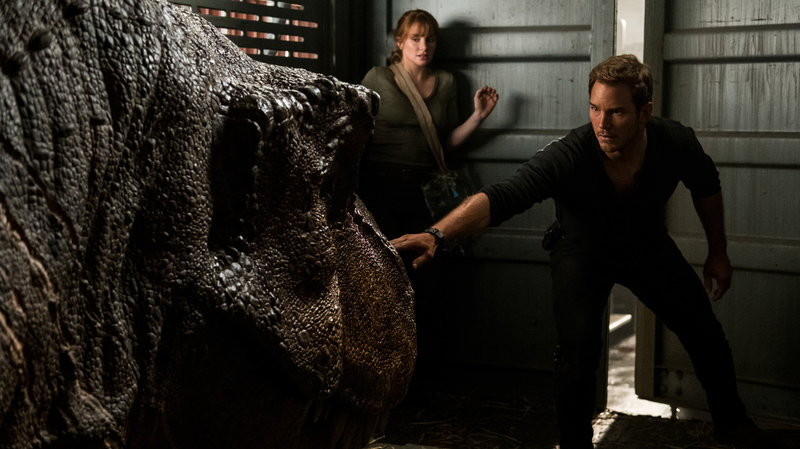 The cast of Jurassic World 3 is getting out of control. Along with returning stars Chris Pratt, Bryce Dallas Howard, and Justice Smith, and characters we haven’t seen since the first movie such as Jake Johnson and Omar Sy, we’re getting the original Jurassic Park cast, too. Laura Dern, Sam Neill, and Jeff Goldblum are all coming back, joined by brand new castmembers Scott Haze (Child of God), DeWanda Wise (She’s Gotta Have It), and Dichen Lachman (Agents of SHIELD). Is there any room for dinosaurs? Aren’t THEY the real stars?

A cast of that size, it must feel pretty familiar to Pratt, who compared the movie to Avengers: Endgame in a recent appearance on The Ellen Degeneres Show…

“This feels like it. I’m not allowed to say anything… It’s got everybody. It’s got pretty much everybody in it. Maybe I just blew it, but I don’t care. All the cast from the original Jurassic Park is coming back. It’s going to feel very much like how Endgame brought everything together for Marvel.”


But will Jurassic World have that ultra-cool “On your left” moment like Endgame did? Probably not. And will writer/director Colin Trevorrow have the balls to kill off any of these beloved characters? Surely a few of them should end up between the teeth of a hungry velociraptor, right?

Jurassic World 3 opens June 11th 2021, with filming to begin very soon according to Pratt, who says “It’s a big one. It’s about close to 100 shoot days. It’s a massive movie. It’s a big movie. We’ll be all over the world. The story is really, really engaging. Really cool. It’s gonna be big.”