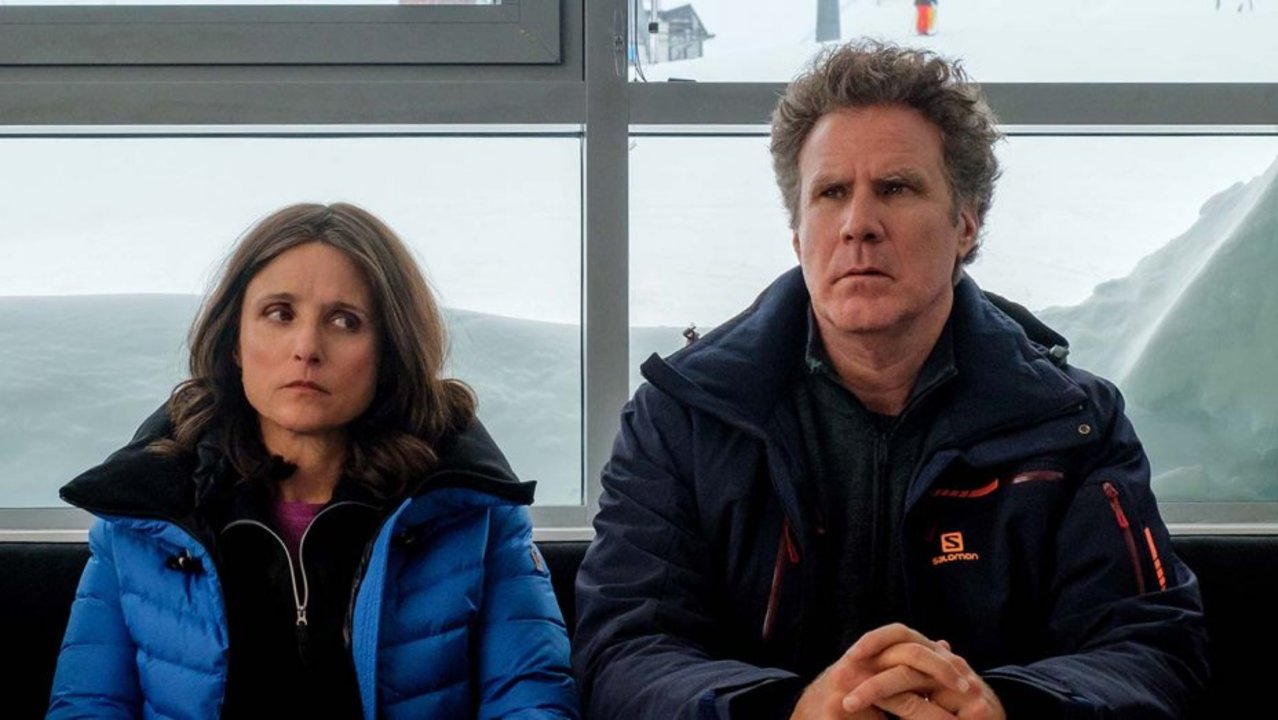 A snapshot is just a single moment in time. Anybody can stop to grin like a fool for a photograph; it’s what happens outside of the frame that matters, and that’s rarely quite as sweet. That’s where all of the complexities come in, all of the imperfections. Downhill, an American remake of Ruben Östlund’s Force Majeure, begins with an awkward but happy family photograph, a freeze frame of happiness before everything starts to get snowed under.

Written and directed by Nat Faxon and Jim Rash (The Way Way Back), Downhill is a perfectly enjoyable, toned down version of Force Majeure. And that’s perfectly fine, especially when it gives surprisingly nuanced roles for Will Ferrell and Julia Louis-Dreyfus, playing variations of character-types we’ve seen from them before.  They star as Billie and Pete, who along with their two sons have taken a ski vacation in the Alps. It’s meant to be a relaxing stay, but Pete can’t put his phone away, can’t stop admiring the #NoAgenda European trip being taken by his work buddy Zach (Zach Woods).

It’s a chance to unwind and reconnect as a family, but on the second day something happens that turns this into the vacation from Hell. A controlled avalanche turns out to be not-so-controlled, and for a few minutes things get very “dicey” as Billie would later put it. There is genuine fear as the snow closes in on them, and as Billie moves to protect the children, Pete just runs away. Not only that, he grabs his phone and jets, leaving his family behind.

Suffice it to say, Billie doesn’t take it well. She’s pissed, but at first is too shocked to show it. The chill in the air has nothing to do with snow, however. A dark cloud descends over the trip, and Pete can feel it, see it in the way his family looks at him. Pete starts speaking in passive voice (“mistakes were made”, “things happened”) as if that will make it all go away. But it’s not going to go away for Billie. It all comes out in a burst of exasperated anger, in front of Zach and his new girlfriend (Zoe Chao). Billie really dishes it out, too, looking to hurt and humiliate, even dragging the kids out as expert witnesses. Pete denies it, weakly, and sinks into self-pity. 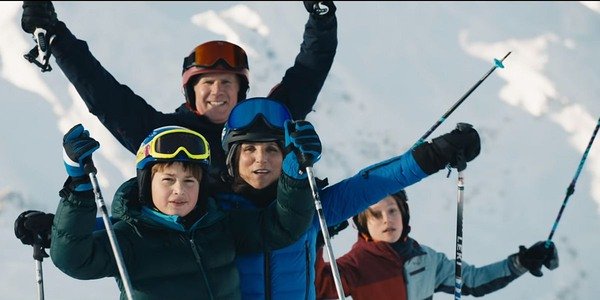 Credit to Faxon and Rash for ironing out the cultural differences so that Downhill can exist on its own. The humor is broader, as one might expect with Ferrell playing another sheepish father-figure like in the Daddy’s Home movies. The observations of gender roles within the family structure are still there, just simplified to fit within a 90-minute comedy framework.  Louis-Dreyfus gets the most to work with, as Billie takes a solo day and is immediately put into an awkward sexual situation by Charlotte, their aggressively amorous hotel hostess.  The frustration she feels is legit, and Louis-Dreyfus expresses it while also indulging in some of the embarrassing social humor (she has a terrifically epic fail in a bathroom stall) she perfected on Seinfeld and Veep.


But does Downhill need to exist when Force Majeure is a perfectly good movie that can be found pretty easily? I hate questions like that, even though they occur every single time we get a remake like this. The obvious answer is “no”, it doesn’t need to exist, but then no movie needs to. Downhill makes a case for itself with the comic chemistry of its two stars, and it goes down easy like a run on the bunny slopes.