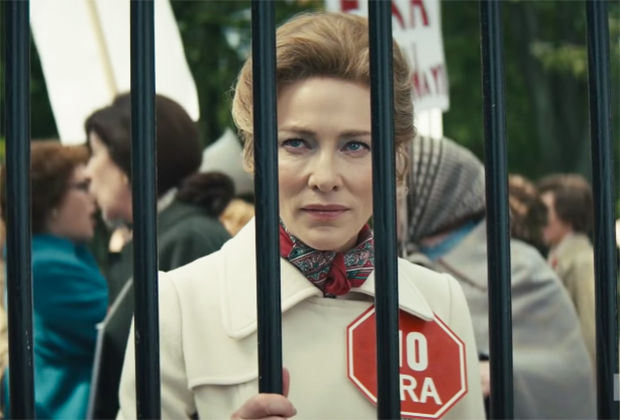 Personally, I could’ve done without anybody making a series about controversial conservative activist Phyllis Schlafly, but if she’s going to be played by Cate Blanchett then I’m all for it. The FX series Mrs. America finds Blanchett as Schlafly, who stood opposed to the Equal Rights Amendment in the 1970s, which would have given women the same legal rights as men. Schlafly would go on to champion other causes that denied rights to others. She opposed same-sex marriage, immigration reforms, questioned the existence of marital rape, and more, fighting the “good” fight all the way until her death in 2016.

SYNOPSIS: Mrs. America tells the story of the movement to ratify the Equal Rights Amendment (ERA), and the unexpected backlash led by a conservative woman named Phyllis Schlafly, played by Blanchett. Through the eyes of the women of that era – both Schlafly and second-wave feminists Gloria Steinem, Betty Friedan, Shirley Chisholm, Bella Abzug and Jill Ruckelshaus – the series explores how one of the toughest battlegrounds in the culture wars of the 70s helped give rise to the Moral Majority and forever shifted our political landscape.