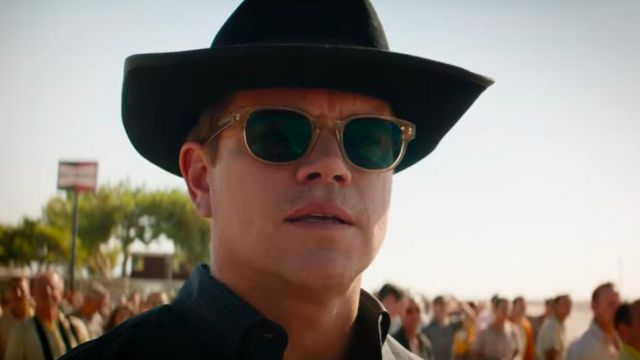 Hot on the heels of Ford v Ferrari‘s four Oscar nominations, director James Mangold and star Matt Damon are getting back in the driver’s seat. Deadline reports the two will reunite for an adaptation of Don Winslow’s novel, The Force.

In the works for a couple of years, The Force had a screenplay originally penned by David Mamet, but will now be overhauled by Mangold and screenwriter Scott Frank. Mangold and Frank worked together previously on The Wolverine and Logan.

Here’s a breakdown of the plot as well as Damon’s role: “Damon is attached to play Denny Malone, a NYPD detective who runs an elite crime fighting squad, but bends the law so often that he loses the line between good and evil and becomes ensnared in a pending corruption scandal. To stop the city’s long-simmering racial tensions from exploding, he must reconcile the idealistic guardian he still views himself to be, with the corrupt cop he’s become. He under siege from all sides: Harlem drug gangs, the mob he’s in bed with, the brother cops he’s about to destroy, the mayor’s office who fears what he knows and who he can implicate, the federal investigators who want to put him behind bars. But most of all, he struggles with the Faustian bargain on the table that will require him to testify against his loyal but dirty team, weighing loyalty to them over his own family.”


Ridley Scott is on board as a producer. Damon is about to shoot Scott’s upcoming film, The Last Duel.  Mangold has his Bob Dylan biopic Going Electric coming up, led by Timothee Chalamet, but it’s unclear if that will be next.