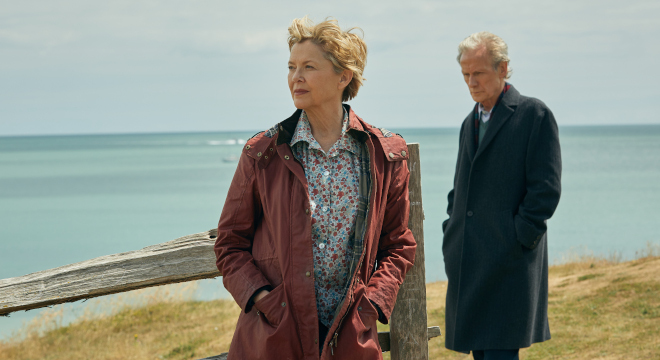 It’s the season of murder mysteries and divorce stories, apparently. Hope Gap, a drama starring Annette Bening and Bill Nighy, two of our greats, is all about the latter as they play a couple looking to end their marriage after nearly three decades.

The film is written and directed by William Nicholson (Gladiator), and centers on the crumbling marriage of Grace and Edward, which forces their son, played by The Crown‘s Josh O’Connor, who has returned home from university, to choose between them. Nicholson adapted his own stageplay, Retreat from Moscow, which was nominated for three Tony Awards, so we know the source material is strong.

SYNOPSIS: The intimate, intense and loving story of “Hope Gap” charts the life of Grace, shocked to learn her husband is leaving her for another after 29 years of marriage, and the ensuing emotional fallout the dissolution has on their only grown son. Unraveled and feeling displaced in her small seaside town, Grace ultimately regains her footing and discovers a new, powerful voice.