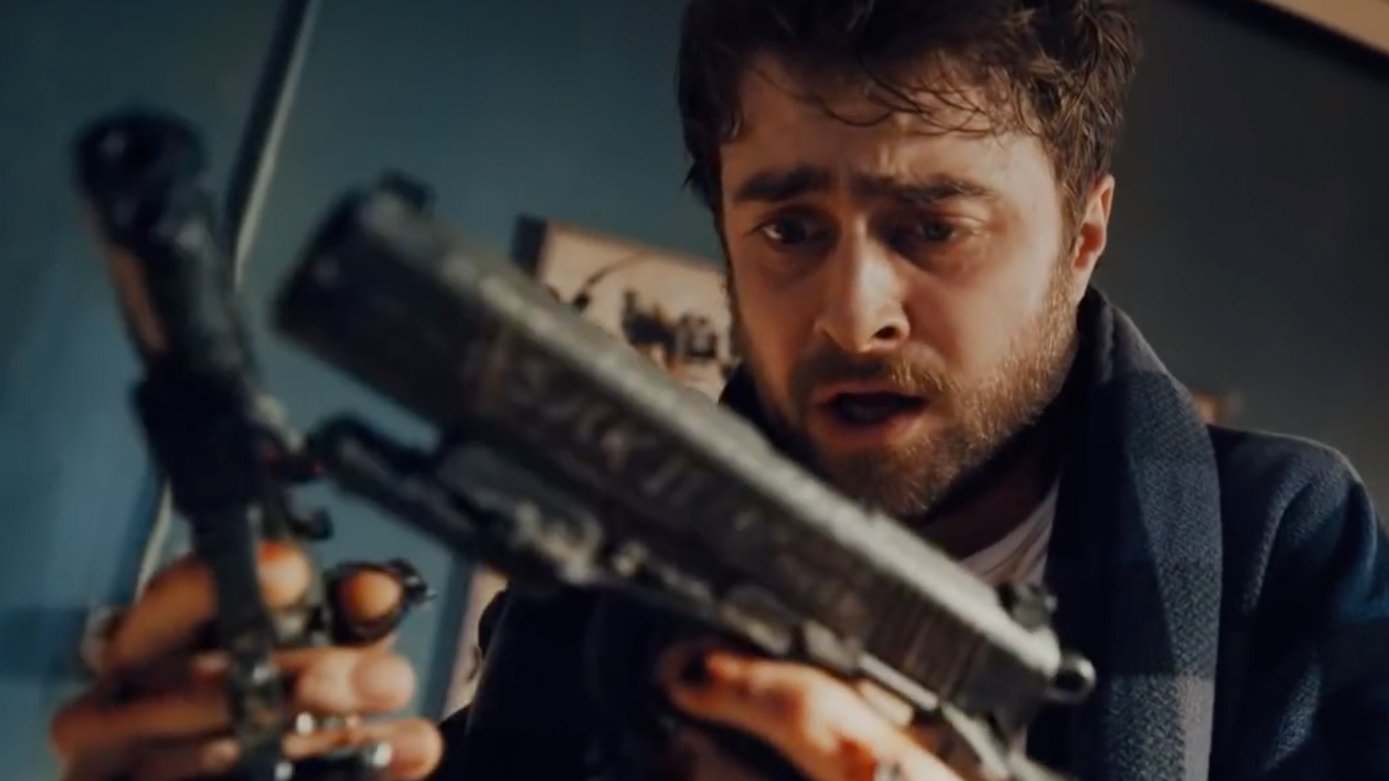 Guns Akimbo is the delightfully oddball flick from writer/director Jason Lei Howden, and it stars Radcliffe as an asshole gamer who wakes up to find his hands now have guns literally bolted into them, and that he must fight to survive illegal death matches broadcast all over the Internet.

It’s like Twitch meets The Running Man. Yes, please. The energy here is off the charts, but I’m cautious because the early reviews have been mixed. Much like Swiss Army Man, a unique premise is rarely enough to carry a movie.

Ready or Not‘s Samara Weaving plays Radcliffe’s opponent. All the more reason to be hyped because she’s pretty awesome.

SYNOPSIS: Nerdy video game developer (Daniel Radcliffe) is a little too fond of stirring things up on the internet with his caustic, prodding, and antagonizing comments. One night, he makes the mistake of drunkenly dropping an inflammatory barb on a broadcast of Skizm, an illegal death-match fight club streamed live to the public. In response, Riktor (Ned Dennehy), the maniacal mastermind behind the channel, decides to force Miles’ hand (or hands, as it were) and have him join the “fun.” Miles wakes to find heavy pistols bolted into his bones, and learns Nix (Samara Weaving), the trigger-happy star of Skizm, is his first opponent.