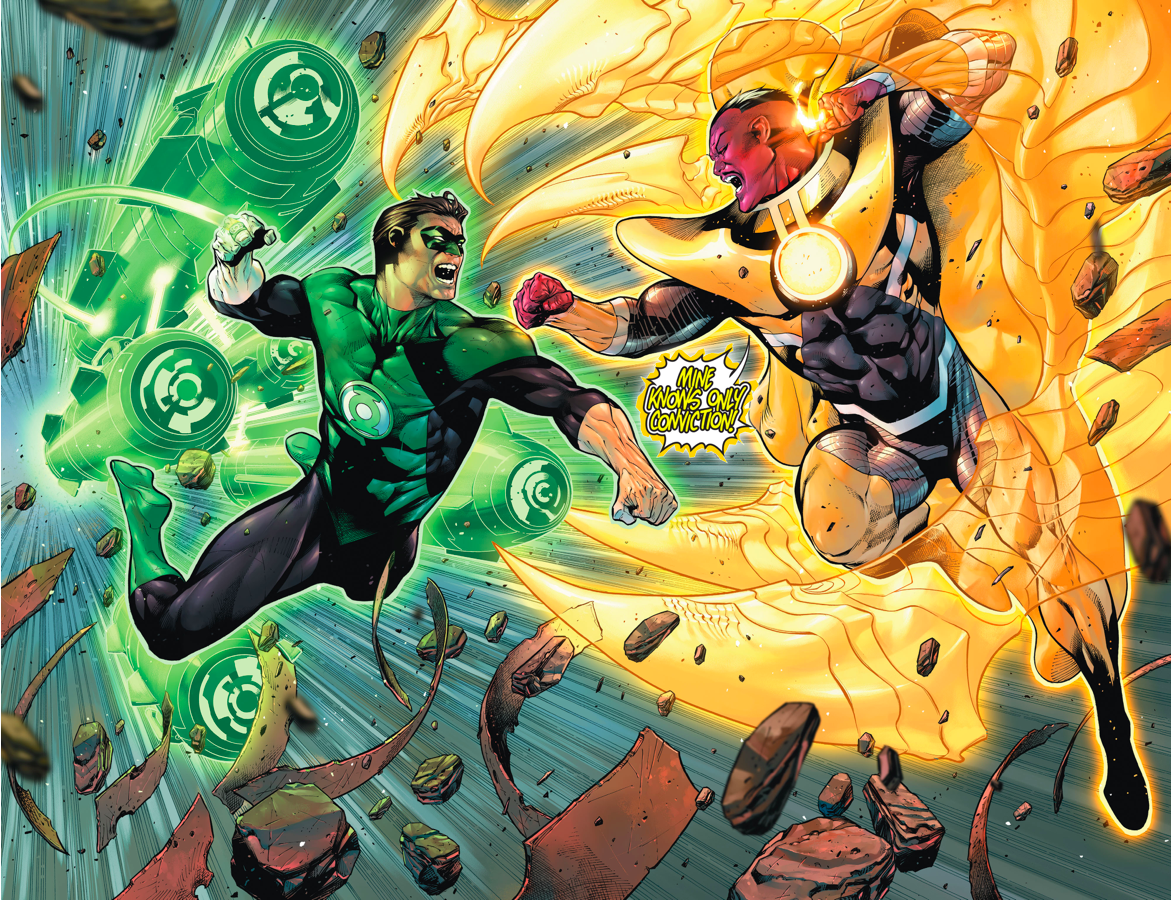 The next live-action Green Lantern project won’t be on the big screen, it’ll be on HBO Max and spearheaded by Arrowverse creator, Greg Berlanti. We’ve known about his Green Lantern series since late last year, but new details have dropped as part of the TCA Winter press tour via HBO’s Head of Original Content, Sarah Aubrey.

According to Aubrey, Berlanti’s Green Lantern series “will span several decades and focus on the origin stories of two major Green Lanterns on Earth.”  Also featured in the show will be supervillain and disgraced former ring-bearer Sinestro, with all storylines connected to him in some fashion.

It’s unclear which Green Lanterns the show will follow, but the expectation is obviously Hal Jordan and John Stewart, the two most popular versions. Personally, I’d prefer to see John Stewart and the hot-headed Guy Gardner, the latter best remembered for getting punched out by Batman.

Other projects in the works include a Green Lantern Corps movie, which is especially interesting after Ezra Miller’s cameo as The Flash in Arrowverse crossover Crisis On Infinite Earths. Fans might be looking to see the Film/TV sides interact more often now.  Berlanti also has a Strange Adventures anthology series coming up, while Elizabeth Banks is developing DC Super Hero High, a live-action series with teenage versions of popular DC Comics superheroes. [TheWrap]