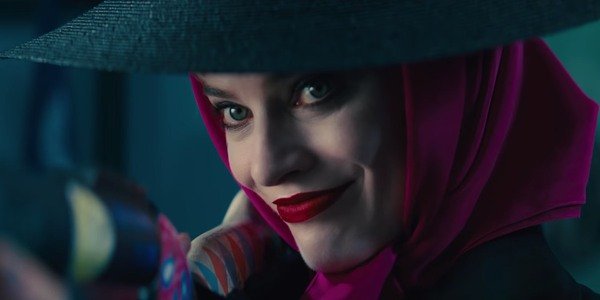 Warner Bros. has put in the work to move past the unsuccessful Zack Snyder era of DC Comics films, so that guys like me stop beginning every post reminding everyone how their movies sucked hard. Following on the $1B+ of Joker, they hope the next huge hit will be Birds of Prey, which finds Margot Robbie reprising her role as Joker’s former squeeze, Harley Quinn.

Of course, the Joker she’s breaking away from in Birds of Prey has nothing to do with the Joaquin Phoenix version, but it’s still pretty interesting to see two straight films focused on the psychotic couple. The film finds Harley Quinn teaming up with a team of badass ladies including Black Canary (Jurnee Smollett-Bell), Huntress (Mary Elizabeth Winstead), Cassandra Cain (Ella Jay Basco), and Renee Montoya (Rosie Perez) against the sadistic Black Mask, played with relish by Ewan McGregor, and Victor Szasz, played by Chris Messina.

The best thing about this is how much it deviates from Suicide Squad, which is not to say that film wasn’t 75% decent. But Harley Quinn should be in the loopiest, most insane film possible and that’s what Birds of Prey looks like. Here’s hoping that continues when she turns up again in James Gunn’s The Suicide Squad.

SYNOPSIS: After splitting with the Joker, Harley Quinn joins superheroes Black Canary, Huntress and Renee Montoya to save a young girl from an evil crime lord, Black Mask in Gotham City.

‘Birds Of Prey’, ‘The Gentleman’ To Hit Digital Early Due To Coronavirus Pandemic