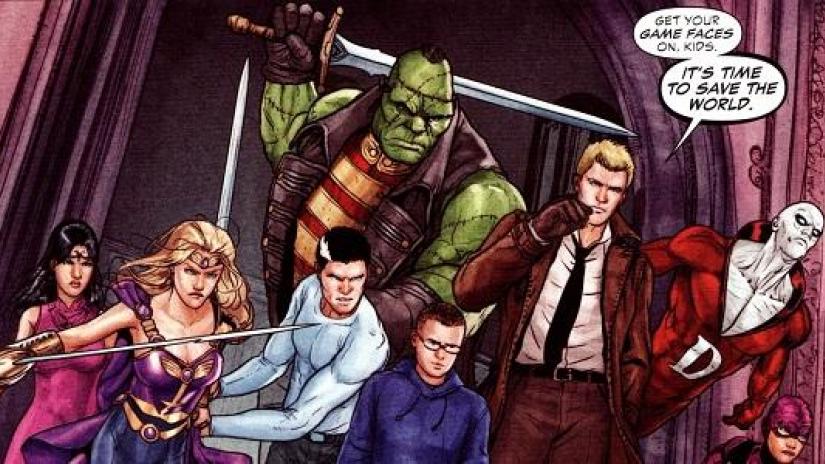 For, like, literally YEARS now there have been rumblings of DC’s other bad boy/girl team hitting the screens small or large. We all know about the Suicide Squad but there’s another step-child in the universe of a more….mystical, inclination. John Constantine, Madame Xanadu, Deadman, Shade, the Changing Man, and Zatanna have been the core members and have shown up here and there in the small screen DC ventures, Constantine with his own show and Zatanna on Smallville (obviously Constantine had his own movie as well). Their venture as a group though, has been wrought with trouble. The deal is still in it’s VERY early stages but it looks like JJ Abrams Bad Robot label is picking up the property to do something with it. There’s a TON of potential in this group, especially in today’s world where we are transcending the “superhero” genre and instead making movies that feature superheros. Bad Robot has proven their ability to work with crazy ideas and has the potential to make something totally new, and totally awesome with this slate.

The Future is Here With ‘Superman: Man of Tomorrow’

Is Matt Reeves Introducing A New Joker In ‘The Batman’?