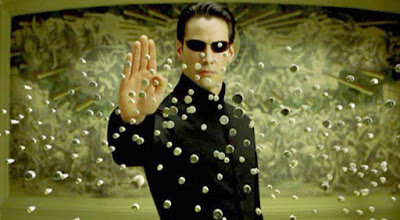 While the entire year hasn’t been great for Warner Bros., they’re riding high on the unexpected $1B+ of Joker, and the buzz surrounding Wonder Woman 1984. Now’s as good a time as any to drop info on two franchises they hope will continue the upward swing: The Matrix 4 and, of all things, The Flash.

It’ll be nearly two decades after The Matrix Revolutions when we’ll see The Matrix 4 in theatres, arriving on May 21st 2021. Lana Wachowski is behind the camera for this mysterious chapter of the groundbreaking sci-fi franchise, which brings back Keanu Reeves as Neo, Carrie-Anne Moss as Trinity, and Jada Pinkett-Smith as Niobe. Newcomers include Watchmen star Yahya Abdul-Mateen II possibly as a young Morpheus (please no), Jessica Henwick, Neil Patrick Harris, Jonathan Groff, and newest addition Toby Onwumere.
So a couple of interesting things about the Matrix‘s date: it arrives on the same day as John Wick: Chapter 4, possibly setting up a Keanu vs. Keanu showdown. Don’t worry, somebody’s gotta back off…right?  Also, Matrix takes the date formerly occupied by Warner Bros.’ live-action Akira, which Taika Waititi is supposed to be directing. However, that’s up in the air now that he’s taking on Thor: Love & Thunder. Akira is once again off the schedule and in limbo, where it has been for more years than I care to count. 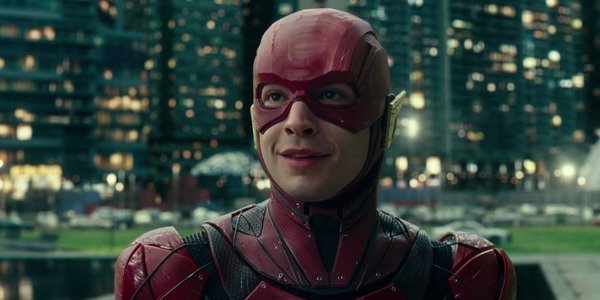 And The Flash may actually be happening! At least, this is the surest sign-of-life we’ve heard of it in ages. Ezra Miller will suit up as the scarlet speedster on July 1st 2022, joining Aquaman 2 as the other DCEU movie set for that year.  The long-delayed, much-troubled film has It: Chapter Two director Andy Muschietti on board, making him the first attached filmmaker to score a release date.