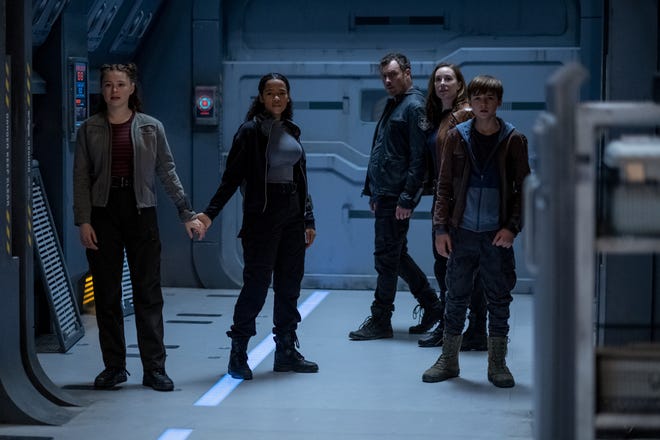 Netflix has a little something for everybody, but a huge part of their rapid growth and success has been its appeal to sci-fi fans. A key part of that was the overwhelming response to the first season of Lost in Space. With each episode boasting visual effects of a Hollywood movie, the series made the Robinson clan relevant to a new generation of fans. And now they’re back for season two and more lost than ever.

The new trailer for Lost in Space season two finds the Robinsons stranded on a mysterious ocean world without their trusty Robot, and a dangerous plan to make their spaceship into a sailing vessel.  Toby Stephens, Molly Parker, Maxwell Jenkins, Mina Sundwall, Taylor Russell, Ignacio Serricchio, and Parker Posey all return along with showrunner Zack Estrin.

SYNOPSIS: There’s more danger — and adventure — ahead for the Robinson family! With the Jupiter 2 stranded on a mysterious ocean planet without their beloved Robot, the Robinsons must work together, alongside the mischievous and manipulative Dr. Smith and the always charming Don West, to make it back to the Resolute and reunite with the other colonists. But they quickly find all is not as it seems. A series of incredible new threats and unexpected discoveries emerge as they look for the key to finding Robot and safe passage to Alpha Centauri. They will stop at nothing to keep their family safe… survival is a Robinson specialty after all.