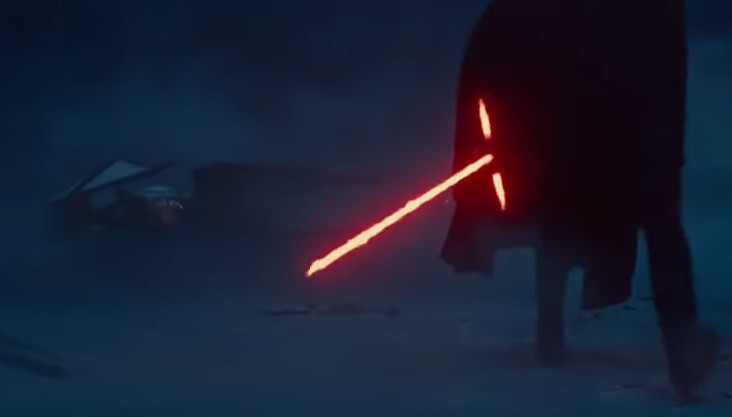 8 Days left until the release of Star Wars: The Rise of Skywalker, I almost wanted to say that if they keep up these daily TV spots we’d be able to patch the whole thing together but damned if they aren’t good a teasing. This clip, which is titled to make you think you’re getting your first look at the emperor takes you right to that point and rips it away….something really screwed up must be happening with his look, otherwise why not show him for even a quick shot?.

While descending into a stormy planet we follow Kylo Ren (who is again helmet-less) into a fortress. Once inside the Emperor begins a voice over which goes from his normal voice, to a demonic version, to Vader. His speech is almost taunting, letting Ren know that he’s been grooming him all along. I have to reserve all judgement but I really don’t know how I feel about this whole Palpatine’s return thing yet…doesn’t it cheapen the OT? I mean, if he’s still around then he didn’t just survive Vader’s turn but he also outlived Luke. I won’t have to wait much longer to see how it turns out. Check out the trailer below and let us know what you think.