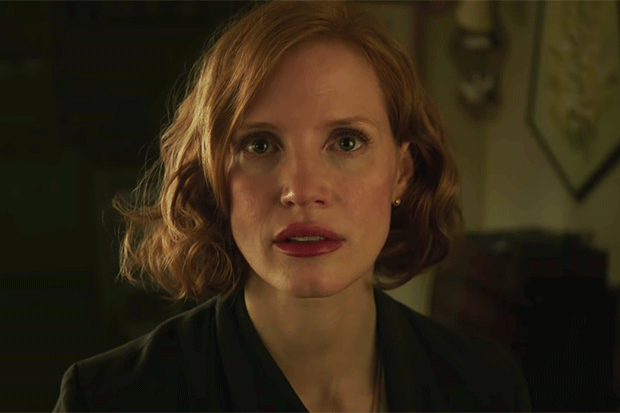 While Jessica Chastain isn’t in the awards discussion this year (What, no love for Dark Phoenix??), the sheer amount of projects she has coming up will likely change that before too long. And you may be able to add another to the busy actress’s schedule, as she’s entered talks to star in The Forgiven, which already has a stacked cast attached.

Variety reports Chastain is in talks to join Ralph Fiennes, Rebecca Hall, Caleb Landry Jones, Mark Strong, and Saïd Taghmaoui in The Forgiven, a drama from Calvary director John Michael McDonagh that was announced last year. Chastain will play Fiennes’ wife in the film exploring a tragic accident’s impact on a vacationing English couple, their friends, and Moroccan locals at a luxurious desert villa. McDonagh is adapting from a book by Lawrence Osborne.

Filming is set to begin in Morocco early next year. Chastain’s jammed slate includes the spy flick 355, the action film Eve, drama The Eyes of Tammy Faye, video game adaptation The Division, and dramedy Losing Clementine which she signed on to last month.