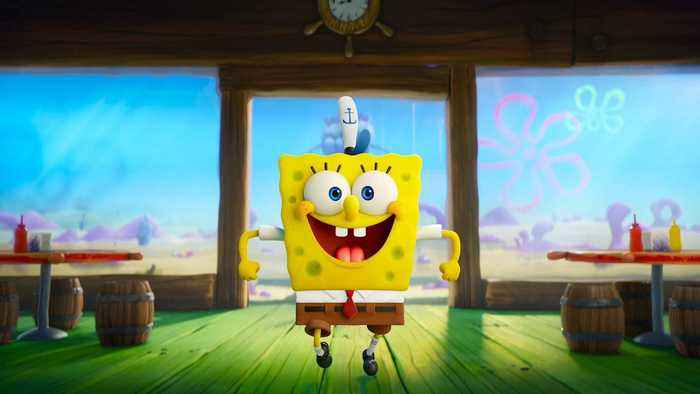 A third SpongeBob movies is on the way, and if you’re wondering why I have some figures for you. The first film, 2004’s The SpongeBob SquarePants Movie made a respectable $140M, but as the long-running series became more popular, 2015’s Sponge Out of Water earned a massive $325M. And I think there’s potential for the latest, Sponge On the Run to do even better. Why? Because it has Keanu Reeves.

That’s right, after awesomely voicing Duke Caboom in Toy Story 4, Reeves is back as part of the celebrity voice cast in Sponge On the Run, along with Awkwafina, Snoop Dogg, and Reggie Watts. The film finds SpongeBob (Tom Kenny) and his pal Patrick (Bill Fagerbakke) on a quest to find the kidnapped pet snail, Gary.

Directing is Tim Hill, who not only helmed the original SpongeBob movie, but hit animated films Alvin and the Chipmunks and Hop.

SYNOPSIS: This Memorial Day weekend, SpongeBob SquarePants, his best friend Patrick Star and the rest of the gang from Bikini Bottom hit the big screen in the first-ever all CGI SpongeBob motion picture event. After SpongeBob’s beloved pet snail Gary is snail-napped, he and Patrick embark on an epic adventure to The Lost City of Atlantic City to bring Gary home. As they navigate the delights and dangers on this perilous and hilarious rescue mission, SpongeBob and his pals prove there’s nothing stronger than the power of friendship.