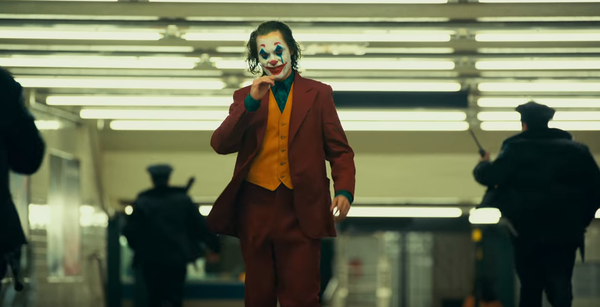 In news that should shock absolutely nobody, THR reports that a Joker sequel is in the works from director Todd Phillips. When your movie unexpectedly takes in nearly $100M on opening weekend and ultimately breaks the $1B mark, all the denials in the world don’t mean a thing.

The report says Phillips and his Joker screenwriter Scott Silver are working on a sequel, but it may just be the start of something larger. Phillips is said to have an idea for similar Joker-esque origin stories for a whole slate of DC Comics characters, but it’s unclear if and when those will actually happen. In the initial post-opening weekend meeting with Warner Bros. chief Toby Emmerich, the only thing that was immediately agreed on was a sequel to his R-rated smash hit.

So we’re definitely getting more Joker, and it will obviously return Joaquin Phoenix to the role of Arthur Fleck. It’s a performance that is earning Phoenix some of the best of his career and has him in the thick of the awards season race. As for what the sequel’s story could entail, Phillips laid out a number of possibilities. We could see a sequel explore the relationship between Arthur and a young Bruce Wayne, who is strongly hinted at being his half-brother.

A lot is on the table, and I continue to agree with myself that Joker will eventually tie-in with Matt Reeves’ The Batman.  A couple of months ago we were being told a Joker sequel wasn’t going to happen, and now look where we are. Anything is possible.