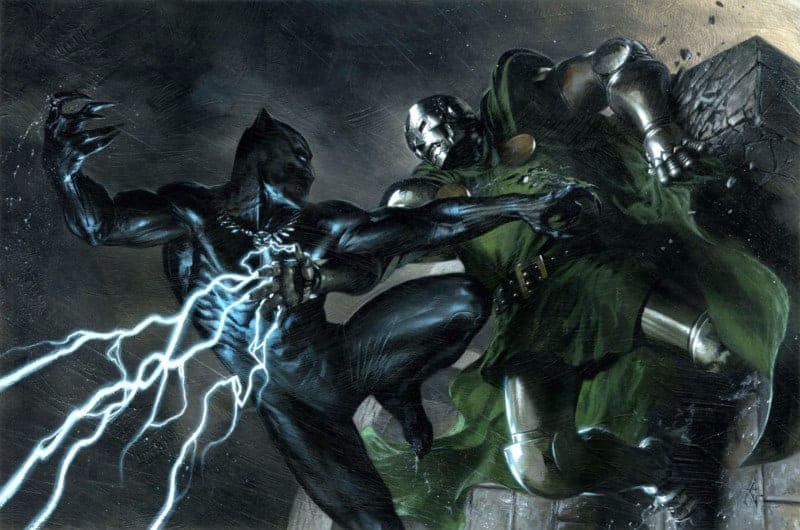 With Noah Hawley’s Doctor Doom movie put on ice, it’s unclear when the Fantastic Four nemesis might make his debut in the Marvel Cinematic Universe. Strangely, a dubious new rumor from former MCU Exchange writer Charles Murphy suggests Doom won’t debut along with the FF, but in Black Panther 2.

There aren’t a ton of details offered by Murphy, other than to say this isn’t an actual “hot scoop” yet, just something he heard from a supposedly reliable source that claims “Victor Von Doom will began expanding his empire, conquering parts of Africa and, ultimately, come into conflict with the nation of Wakanda and the Black Panther.”

That storyline is pretty basic and anybody who has read a Marvel Comic could’ve come up with it, so I don’t put much stock into it, or this particular rumor. I find it hard to believe Marvel would have Doom debut anywhere other than alongside the Fantastic Four. He may go on to be a much bigger threat from there, but it’ll start with the FF I’m certain. Also, with Black Panther 2 not scheduled for release until May 2022, Ryan Coogler is probably just figuring out what the storyline will be. It’s way too early to know anything for sure.

Maybe this means the FF will be in Black Panther 2, as well?